You are here: Home / National News / African Americans Are Unhappy With Obama’s Views on the Ferguson Event 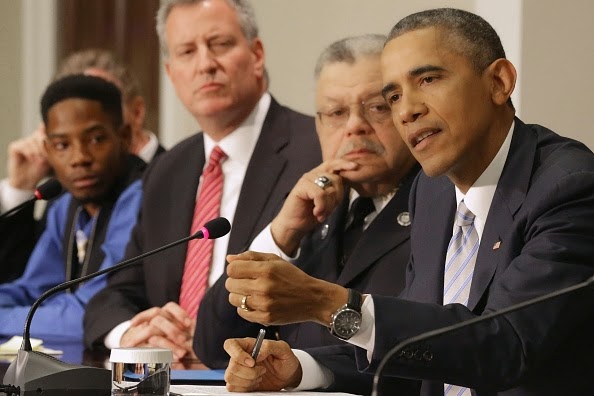 The poll showed that 63% agree with how President Obama handled the Ferguson event. 35% of the African American who answered the poll said they approved how President Obama dealt with the grand jury decisions concerning the Ferguson and Staten Island case, where Garner was killed. 46% of those involved in the poll said they disapprove of the decision and 19% said they are still not sure what to think of Obama’s handling the case. His approval among black Americans is not much higher than that of the white Americans, which voted 27%.

This was a small poll, in which approximately 110 people were involved, meaning there is a margin of error. The recent poll referenced directly the grand jury decision, rather than other broader issues concerned.
When the Gallup tracking poll was held last week, 82% of the African Americans said they support President Obama, meaning that the President still has many supporters among the black people.

Being the first United States’ black president, he has been supported by both African Americans and white Americans and it’s expected of him to put an end to the racist problems America is still confronted with.
Some believe that Obama could have an opening in the Ferguson event case because it was very polarizing on racial and partisan levels. There is an emerging consensus regarding the officer who put Garner in a chokehold.

The consensus says that the officer should have been indicted, with which the white Americans very much agree.
Many Americans are waiting to see what Obama will have to say on the racial issue regarding the Ferguson event and what his views will be in the building consensus. Obama will make public statements in the days to come.