You are here: Home / National News / ﻿US Terror Report Expected to Cause Rage and Pandemonium 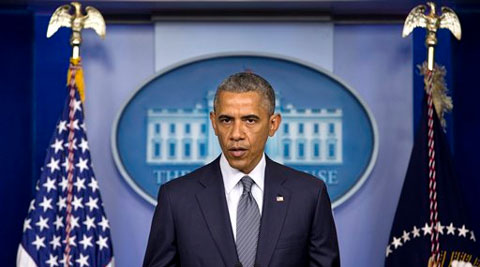 An US Terror Report containing information regarding the detention and interrogation policies that the CIA went by following the terrorist attacks of September 11th, 2011 is scheduled to be released by Monday.

The report cost the federal government more than $40 million to produce and comes in the form of a 480 page summary of the still classified 6,000 page study released in April 2014 documenting the investigations that underwent post the terrorist attacks. According to Congressional records, the report is comprised of three sections, firstly covering CIA’s detention and interrogation program history, secondly talking about the intelligence gleaned from the program and lastly, the specific methods of interrogation and detention used.

United States officials who have read the report have stated that it will uncover disturbing facts about interrogation techniques that involve multiple forms of torture such as sleep deprivation, confinement in small spaces, humiliation and simulated drowning – also known as waterboarding. It is stated that the report admits that the torture did not manage to produce life-saving intelligence. This has been denied by several CIA officials, stating that it was in fact intelligence gathered by them that ultimately led to the Al-Qaeda leader’s location.

The release of this report has been endowed and pressured by many officials, including the Obama administration and Sen. Dianne Feinstein – chairwoman of the Senate Intelligence Committee. President Obama also supports the release but warns that national security could be compromised.

The Executive Order 13491 outlawing torture was signed in 2009 by President Obama. He states that he does not feel interesting in re-examining its past use, saying we should be looking forward as opposed to looking backwards. But he has declared that he is aware of the backlash that publishing this report could trigger, along with warnings of violence and death that could occur that US foreign partners have warned him of. Obama has said that the employees of the CIA have assurances from himself and Attorney General Holder that all who acted reasonably and lawful, relying upon legal advice from the Department of Justice will be protected.

A congressional aide has disclosed the fact that the White House has been leading negotiations to declassify the report since April this year, both the president and his director of national intelligence agreeing with its release. The government is aware of the dangers this release poses and has been taking steps to strengthen security at all American posts and representations around the world.