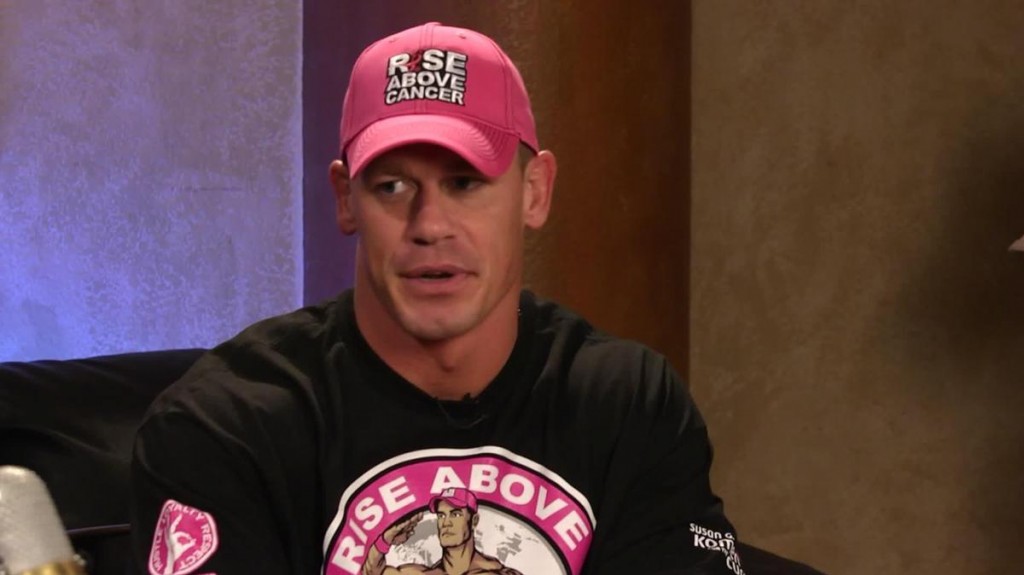 World Wrestling Entertainment partnered up with Susan G. Komen Foundation for the third year in a row in a breast cancer awareness campaign and fund raising in October, the dedicated breast cancer awareness month. Nancy Brinker, the president of Komen foundation thanked WWE on Twitter for raising $1.5 million during their three-year collaboration.

“Susan G. Komen has truly transformed the world’s support for breast cancer research and awareness,” said WWE Chief Brand Officer Stephanie McMahon at the beginning of the campaign. “WWE is exceptionally proud to continue our partnership with Komen and be at the forefront of this movement, as we continue to utilize our global platforms to raise awareness and funds for a disease that affects so many people.”

WWE supported Komen Foundation by directing money from retail sales. WWE sold pink T-shirts with the Cena’s message “Support the Twins” or pink Hulk Hogan “Hulkamania”. Moreover, the special “Keep Calm and Never Give Up” T-shirt has been an important part of the campaign. The T-shirts will be sold until the supply lasts, although officially the campaign has ended on October 31. Twenty percent of the T-shirts, as well as other campaign material sales have gone to Komen Foundation. The merchandise has been sold under the message “Courage. Conquer. Cure.”

John Cena has been the main star of the campaign. The famous wrestler was personally determined to raise awareness about the terrible disease, because some of his family members have been affected by cancer.

Secondly, the message has been widely distributed through WWE’s platform. WWE productions have turned pink – mobile apps, social media accounts and TV shows. With the help of its main stars, WWE has produced three public service announcements on the issue.

At global level, 1.7 million cases of breast cancer in women have been reported in 2012. This is the most common non-skin form of cancer in women, but is highly treatable during its early stage. Precisely because of this, regular screenings are highly recommended by oncologists.