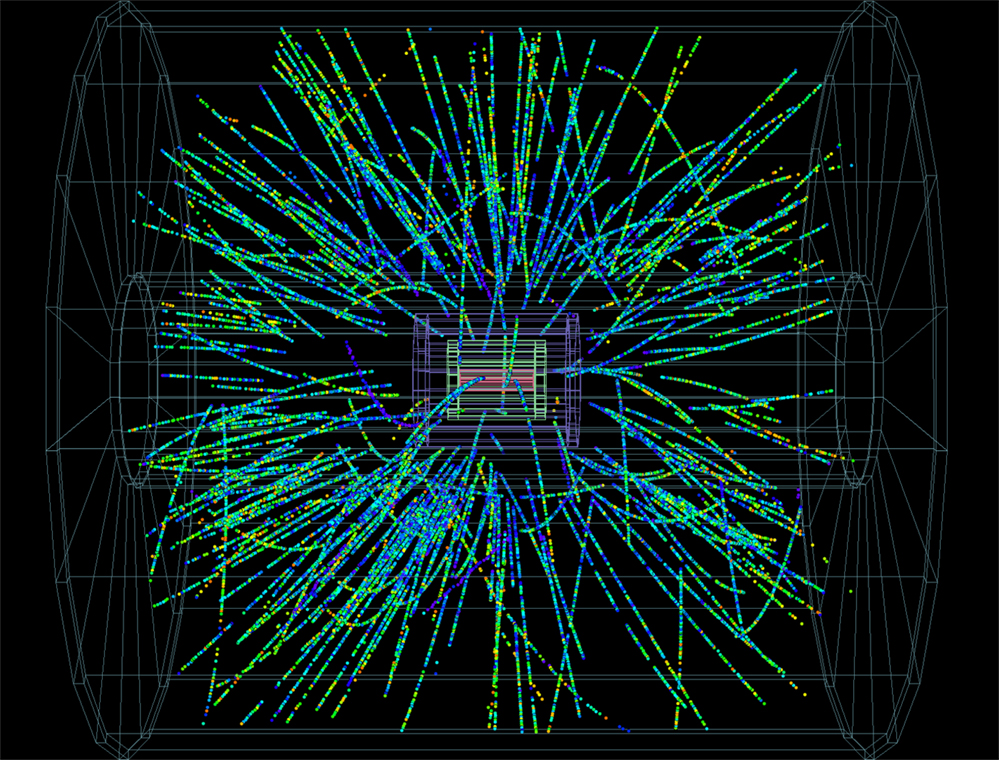 Researchers from CERN’s Large Hadron Collider are recruiting online volunteers wanting to witness the Higgs particle hunt that is currently underway. Members of the public have the possibility of viewing approximately 25,000 images that the Hadron Collider captured in search for tiny explosions that could represent the evidence of Higgs boson deaths.

According to scientists, when a Higgs boson dies, it causes a small, sub-atomic explosion (which enthusiasts are now being asked to track). During this tiny explosion, physicists believe that particles new to physics are generated, so the public’s task is to help CERN scientists discover evidence of these particles, which would require new physics models to be developed.

Professor Alan Barr from the Department of Physics at Oxford University believes that such a discovery could be even more exhilarating than the actual discovery of the Higgs boson. Barr is the lead scientist on the Higgs Hunter project. He and other scientists involved hope that online volunteers help their cause by examining the 25,000 photographs captured by the Collider and telling scientists exactly what they see.

The physics behind their efforts is seemingly easy. In truth, such an affirmation could be nothing further from the truth. Physicists involved in the ATLAS experiment use the Large Hadron Collider to smash protons together at speeds of one billion kilometers/hour. During these proton collisions, Higgs bosons are generated. However, a Higgs particle immediately decays into new particles and physicists believe that among these, a new particle, previously unobserved, could exist.

Although computer programs can’t detect the subtle traces that such new particles leave behind, physicists are convinced that the human eye can pick up on these tell-tale tracks.

It’s because of this that scientists decided to ask the public for help.

“Writing computer algorithms to identify these particles is tough, so we’re excited to see how much better we can do when people help us with the hunt,”

Professor Chris Lintott, Department of Physics at Oxford University, believes that this is one of the most exciting opportunities for the public to take an active part in scientific experiments of such magnitude. He is thrilled about the unexpected that might be lurking among the 25,000 pictures.

“ It would be amazing if the next big discovery about the fundamental make-up of the universe was started by someone at home saying ‘That looks weird’.”