You are here: Home / Business / US Low Unemployment Isn’t Worth Celebrating, Voters Said 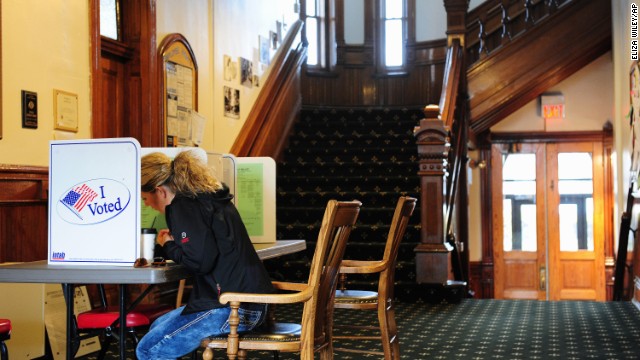 Although you would expect American citizens to be enthusiastic about the economy picking up, it seems that the unemployment rate is no longer reflective of America’s mood.

On Friday, reports showed that the jobless rate (which has been steadily declining) has dropped 5.8 percent. And compared to five years ago, when the unemployment rate was 10 percent, this gauge of economic strength is clearly indicating a positive trend.

After Tuesday’s midterm elections, exit polls suggested that falling unemployment had not resonated with voters. The majority stated that they had cast their ballots out of fear for the economy. It is because of this that they stripped the Democrats from their Senate majority (and in so doing, also implicitly rejected President Obama).

Americans declared that they have not felt the benefit of the falling unemployment rates any more than they have felt the sustained increases in stock markets due to the solid U.S. economic growth.

And the average American’s discontent for what is happening can be found within what seems to be a glowing jobs report for last month: wages have barely grown and a curiously low proportion of adults either have a job or are looking for one.

Michael Mandel, chief economic strategist with the Progressive Policy Institute explains that although seems may seem shiny on the surface, they are far from good.

“Both Democrats and Republicans would be making a mistake if they looked at the unemployment numbers and didn’t understand why voters are angry.”

Although there is solid evidence attesting to the economy’s improvement, Americans hardly feel the changes. Home values have recovered from recession-caused lows, that is true and fewer workers are being laid off. Auto sales have also been increasing this year and the stock market has maintained a record-setting high. But where the job market is concerned, voters are still not impressed with the trends.

Normally, wages should outpace inflation if the unemployment rate drops beneath 6 percent. This is caused by the fact that fewer people need to look for jobs so employers need to increase wages to attract the best candidates. But currently, even with an unemployment rate of 5.8, wages are still barely keeping up with historically low inflation levels.

And because of the lack of bargaining power, Americans are sadly going to have to accept that wages will remain sluggish for some time.