You are here: Home / National News / US Grants Refugee Status to Minors from Central American Countries 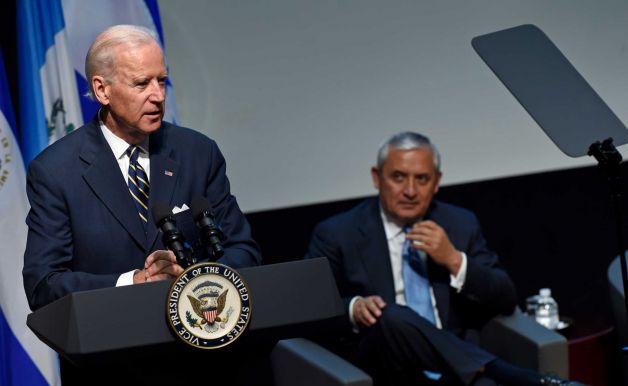 Youths from El Salvador, Guatemala, and Honduras, will be able to legally migrate to the U.S., Vice President Joe Biden announced on Friday. However, the measure applies to minors under the age of 21 with parents having legal residence status in the U.S. Starting with December, they can send their applications for refugee status.

Those who are already in the U.S. cannot apply to the program. But parents whose children live in those three countries will be able to ask the U.S. government to grant their children refugee status free of charge. To avoid accommodation problems, applications will be processed in the three Central American countries.

The program allowed up to 4,000 Columbian and Cuban minors to apply each fiscal year until now. Because the number of Cuban applicants has been declining, the authorities decided to add the other three countries. The government may accept more requests if the number of applications outruns expectations, but exact figures have not been provided.

“The program will provide a safe, legal, and orderly alternative to the dangerous journey that some children make — and some children don’t ever arrive, don’t ever make,” Biden said. In the meantime, Biden advised the three governments to raise taxes in order to provide higher quality health care and education.

The announcement was made at the Inter-American Development Bank, where Biden meets the presidents of the three Central American countries to discuss the phenomenon of child migration. At the moment, Obama is in Australia at a G20 meeting.

So far this year, around 68,000 unaccompanied minors illegally crossed the border from Mexico, causing headaches to the U.S. administration because of accommodation shortages.

But not everyone is happy with the decision. The strict requirements will render most vulnerable children unable to apply to the program, because most parents do not have legal status in the U.S.

After he repeatedly promised he will take executive action on immigration, President Obama will likely fulfill his pledge by the end of the year. The measure will have widespread consequences. More than 5 million illegal immigrants already on U.S. soil may gain status of legal residence and access to work permits.

Republicans, who control the two chambers of Congress after midterms, do not agree with Obama’s plans and insisted that the president should refrain from taking executive action on the matter, in order to have a productive collaboration in 2015.