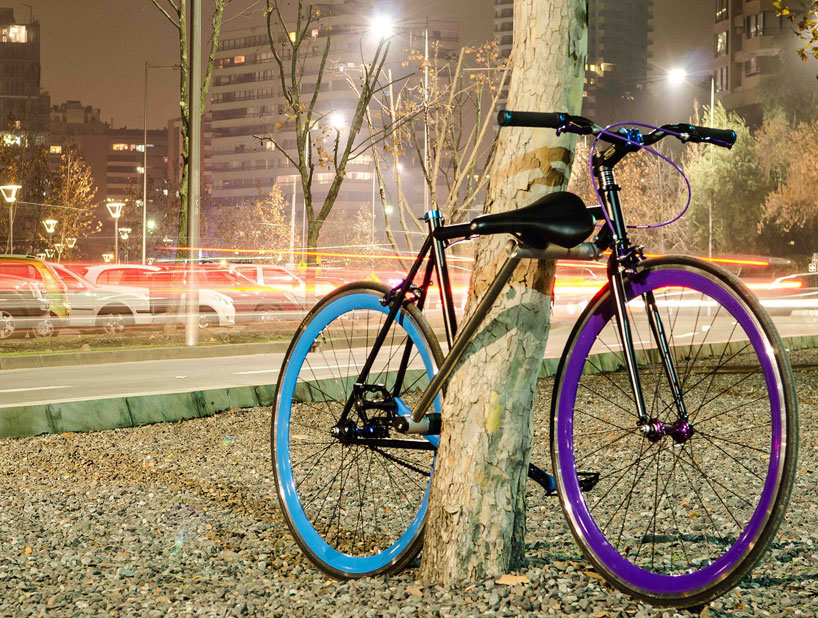 A prototype of an unstealable bicycle has just been designed by a team of young Chilean engineering students. This bike is the latest in a series of creations which can be locked by using their own parts. Brooklyn-based “Seatylock”, for instance, uses its saddle to lock the bike, while Seattle-based “Denny” detaches its handlebars to lock the bicycle.

Yerka, however, brings a unique aspect to the brew: its lower frame allows the bike to open up into two arms which connect the seat post to a post, so that the Yerka would have to be destroyed to be unlocked.

The inventor’s motto was that a bike which is stolen can no longer be a bike.

“What we have here is truly an unstealable bike,”

Cabello came up with the bicycle’s design during an engineering class he was attending with childhood friends: Andres Roi Eggers and Juan Jose Monsalve.

Many countries in Chile and the rest of Latin America have begun a shift towards more environmentally friendly and the cheaper automobile alternatives: bicycles. The spread of cycling lanes as well as storage racks and bicycle share programs have encouraged commuters to give up driving and start cycling.

A study conducted in 2013 by a team of researchers lead by Cristobal Galban, doctor in naval and environmental engineering and director of the sustainability research center at Santiago’s Andres Bello University, revealed that the use of bicycles had doubled among Chileans over a period of five years. However, bike theft is still widespread.

“The main problem in Chile and elsewhere are the robberies, so the Yerka could help solve this,”

This particularly clever design is only one of several attempts at incorporating anti-theft design ideas into bicycles. Until now, most anti-theft accessories have been bolt-on devices or chains with locks which can sadly be picked open by even the most inexperienced of thieves.

“The most effective strategy commonly used in London today is to take the bike into the office with you. The Brompton folding bicycle, now almost an icon of London, is so compact and so easy and reliable to fold that many cycling commuters take their Bromptons into the office.”

Hadland joked, saying that you could always opt for a bike that is so ugly that it becomes its own anti-theft strategy.