You are here: Home / Health / An Unhappy Marriage Can Break Your Heart 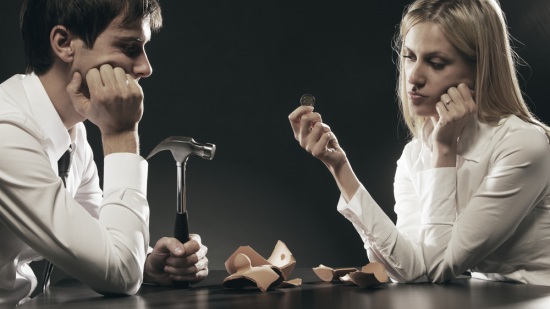 Heart disease may run in the family, however, a recent study conducted at the Michigan State University suggests that an unhappy marriage could just as well cause the same problem. Female spouses, particularly, run a high risk of developing heart disease when they are engaged in bad marriages, researchers explain.

The results prove the necessity for marriage counseling as well as family support and marital quality programs, Hui Liu, a sociologist with the Michigan State University said.

Liu, lead author of the study, analyzed data from approximately 1,200 married women and men participating in the National Social Life, Health and Aging Project. Study subjects were aged between 57 and 85.

Results showed that bad marriages were connected to more cardiovascular effects. Liu claims marriages where the spouse was criticizing or demanding were more harmful to heart health than happy marriages were beneficial. Moreover, the negative effects of marital quality become more apparent as spouses get older, Liu explains, because of decreasing immune functions as well as increasing frailty.

Another important aspect that Liu noted was that women’s heart health was more negatively influenced by marital quality as opposed to men. Be it because of internalization of negative feelings (which women often do), Liu’s work showed that women were more likely to feel depressed and consequently, develop heart disease.

Additionally, there was a difference between the illness itself reflected on the quality of the marriage. While female spouses were more likely to become supportive and care to sick male spouses, the opposite was true when women got sick. Consequently heart disease also caused a decline in women’s marital quality.

“In this way, a wife’s poor health may affect how she assesses her marital quality, but a husband’s poor health doesn’t hurt his view of marriage,”

It’s because of these observations, Liu explains, that marriage counseling should begin to also address older houses

“Over time, the stress from a bad marriage may stimulate more, and more intense, cardiovascular responses. […] Married people seem healthier because marriage may promote health.”

the study concluded, also mentioning that the quality of the relationship was the determining factor.