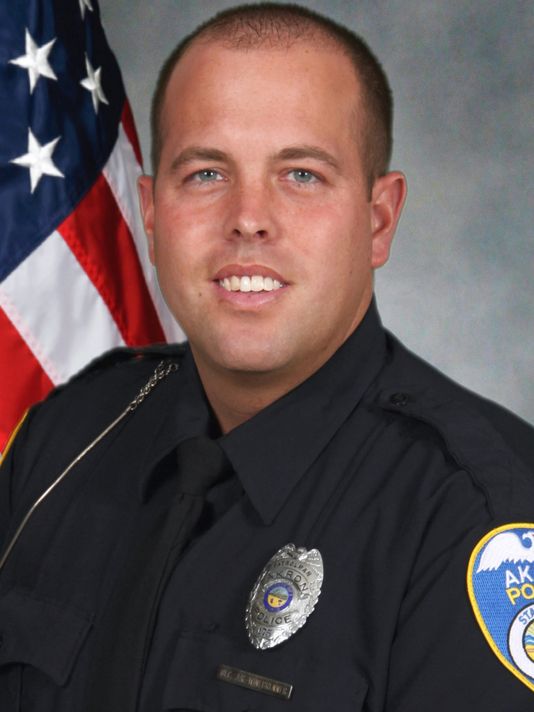 An off-duty Akron police officer was killed in a bar shooting on early Sunday after an “unruly” client began firing at other customers. Apart from Justin Winebrenner, who died as a result of the injuries he sustained, another officer and three customers were seriously injured.

32-year-old Winebrenner attempted to escort the shooter, Kenan Ivery out of the bar at approximately 2 AM on Sunday. Ivery became restless and shot the off-duty officer in the torso, James Nice, Akron Police Chief said during an afternoon press conference.

The shooting took place at Papa Don’s Nub, Nice added, where Winebrenner decided to stop on his way to a fundraiser. No further details were provided as to whether the two men were acquainted with each other.

Investigators haven’t disclosed the exact amount of shots fired or whether Winebrenner had a chance to return fire at any point.

Akron police officers launched a manhunt for the suspect immediately after Ivery fled the bar. He did not get far, however, as K-9 officers located Ivery lying down in an empty field close to the bar. A gun was also recovered from Ivery and ballistics will now analyze whether it was the one used in the shooting.

The police officer who was killed during Ivery’s outburst came from a long line of law-enforcement. His father Robert was a Barbeton officer. He began his career in 2007. Back in 2011, Winebrenner saved a man’s life after pulling him from a burning car.

“He was an ugly little kid with big buck teeth. Now he grew up into this handsome, strong police officer.”

A poster was set up outside the bar so that friends and loved ones can share their good-bye wishes.

“He was a great guy who loved his daughter to death. You would never expect something like this to happen to him.”

Ivery is currently under arrest for charges of aggravated murder and felonious assault with a weapon. He is scheduled to appear before a court for arraignment on Monday.

“The typical person in Summit County arrested for having an illegal firearm does not do a day in jail,”

Nice said, addressing the many charges that Ivery already has, including drug and weapons possession.