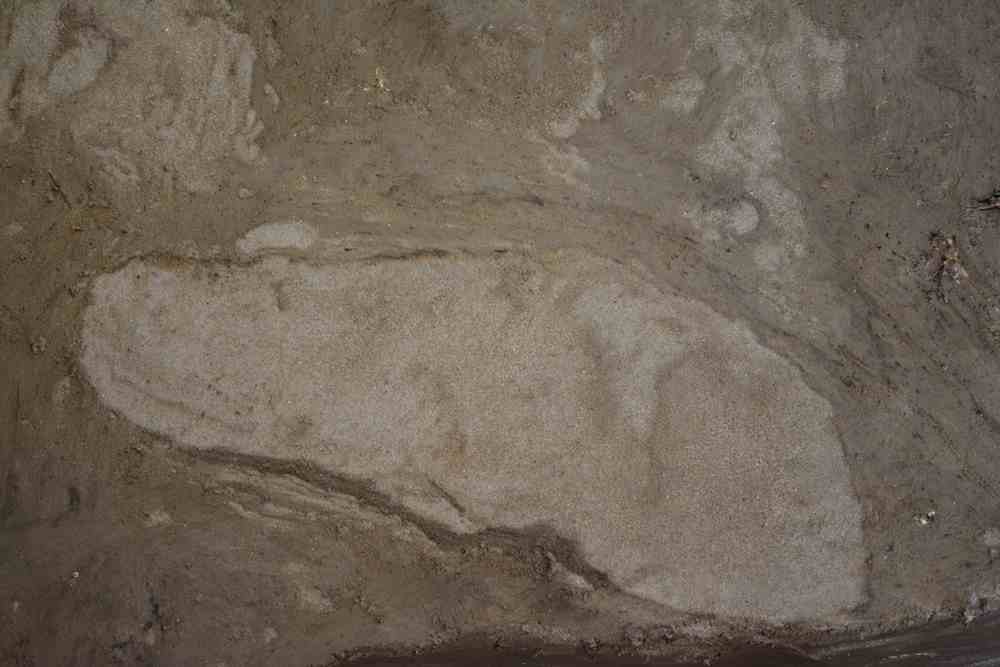 Archaeologists have discovered 5,000 year-old foot prints on a Danish island. In an area under the constant influence of the sea, the Stone Age fishermen were probably attempting to move a fishing fence to save it from an incoming storm.

The prints have been discovered during the works for an underwater tunnel, the Femern Belt, which will link the Danish island of Lolland to the German island of Fehmarn.

“This is really quite extraordinary, finding footprints from humans. Normally, what we find is their rubbish in the form of tools and pottery, but here, we suddenly have a completely different type of traces from the past, footprints left by a human being. We are familiar with animal footprints, but to the best of my knowledge, we have never come across human footprints in Danish Stone Age archaeology before,” says a happy Terje Stafseth, Archaeologist at Museum Lolland-Falster.

One print belongs to someone with a size 42 or 9 in US size, while the other to a size 36, US 5.5. But researchers have not yet established if the smaller one belongs to a boy or a woman. These are the first ancient human prints discovered in Denmark.

While now the fjord is dried up, it has not always been the case. The land has been reclaimed in the late 1800s. Researchers have one more year to search for further evidence of ancient human activity in the area, before the project will eventually cover any potentially valuable remains such as this.

The prints indicate that fishermen tried to salvage the fishing fence from an incoming storm, which ended up bringing sand that ensured the foot print conservation. The ancient fishermen moved their gear on land at a safe distance from the ravaging waters. In the process of lifting the fishing fence, their feet sunk around the posts in the swampy seabed. The sea took care of the rest by adding fine layers of sand on top of the prints.

Flooding from the sea forced people to constantly repair their fishing equipment, as other discoveries in the areas have previously shown. Stafseth stresses how the discovery sheds light on the lives of Stone Age fishermen. Moving the fences while looking for better results show the importance of the relatively new fishing system for the local population.