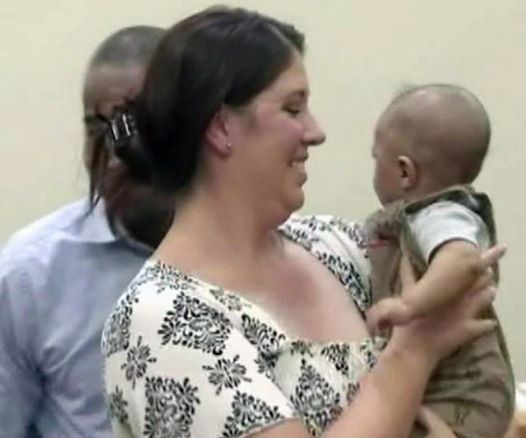 A Florida vegan mother accused of neglect after feeding her son soy baby formula was given back custody of the boy on Wednesday. The judge presiding over the case dismissed the claims that the Florida woman was an unfit mother after she met with a nutritionist, as the court mandated.

Sarah Markham’s boy, Caleb, was taken away from her when, at 12 days, he began losing weight and his mother refused to take him to the hospital. Markham was arrested in June and is now facing criminal child neglect charges.

The Florida woman is a Christian Seventh-day Adventist and holistic healing is, as she declares, in her belief system. Because of her vegan beliefs and refusal to bring the son to the hospital, Markham is now only allowed to see Caleb during supervised visits. Her attorney, Mark O’Mara has criticized the situation, claiming that the state is keeping a mother away from her child.

O’Mara also added that the woman has done nothing wrong, explaining that she was doing all that she could while also remaining true to her belief system: being a vegan while raising her child is something that she has a right to do, O’Mara explains.

Caleb’s physician considered the boy malnourished and instructed Markham to have him admitted. When the mother refused, the doctor reported Sarah Makham to Child Protective Services. They arrested Markham for criminal child neglect. Markham’s father, on the other hand, believes that no abuse or neglect occurred in this case. It was simply the case of a doctor being challenged by a mother and not liking it, he said.

The boy is currently being cared for by his grandparents while Markham deals with the criminal charges she still faces.