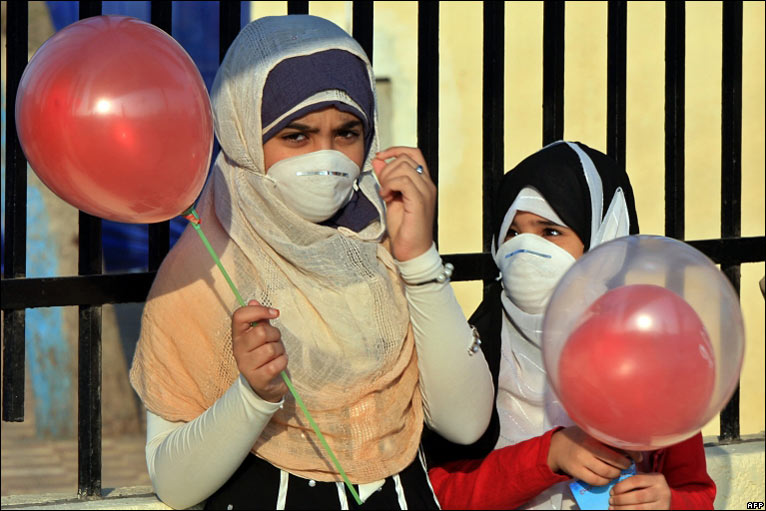 Sunday a pregnant woman died from the swine flu in Egypt in an intensive care unit from a Beheira governorate hospital in Nile Delta.

A health ministry spokesperson said the woman was six months pregnant when she died and that she had been admitted in the hospital for five days. The woman who was not named was 31 years old and was admitted on November 8 because of symptoms resembling the swine flu.

Professor Dr. Hossam Abdel Ghaffar, the head of department of Otorhinolaryngology Faculty of Medicine Fayoum University in Egypt said the six months pregnant woman was placed in intensive care the moment the woman did not respond to the medicine.

“We thought it was bird flu, but she tested positive for the H1N1 flu instead,”

Two people have died in the past week because of the bird flu virus in Egypt.

Doctors suspected the woman showed symptoms of the H1N1 virus, known more commonly as the swine flu (an infection caused by swine influenza viruses) and the woman was admitted on 18 November in the Kafr Al-Dawar Hospital.

She was rapidly transported to another specialized hospital and put in the intensive care unit because the virus is more dangerous for children, the elderly and pregnant women.

Despite all the efforts, the woman did not respond to the medication given to her and died.

With more than 60 people reported dead because of the swine flu, the last spread of the disease in Egypt was between December 2013 and March 2014. Since then, the swine flu’s rate of infection has been more spaced out and lower.

The virus mutated shortly after it was first found in pigs and after the presence of the virus forced an extensive killing of pigs throughout the country even though the World Health Organization said at that time that there is no evidence of the pigs transmitting the swine flu to humans.