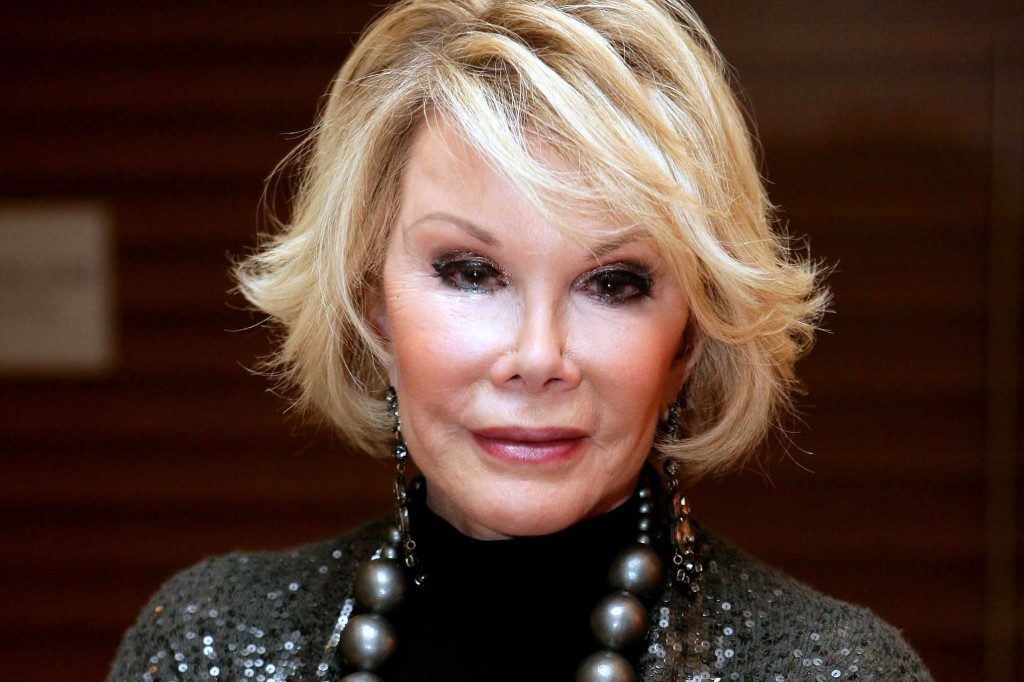 When Joan Rivers passed away on September 4, little did we know about the conditions that ultimately lead to her death. According to a report released by the U.S. Department of Health and Human Services, a series of medical and management errors took place during Rivers’ medical treatment.

Rivers, 81, went to Yorkville Endoscopy on Aug. 28 for a laryngoscopy and gastrointestinal endoscopy. But a couple of errors made during the rather basic medical procedures led to her death a couple of days later.

The ENT (ear-nose-throat) specialist who performed two nasalolaryngoscopies on Rivers was not supposed to be there because she was not a member of the medical staff, according to the report. Rivers underwent two nasal laryngoscopies, although did not consented to this precise type of procedure.

Consequently, Rivers’ brain failed to receive the right amount of oxygen during one of the procedures. She had not regained her conscience and died a couple of days later.

Overall, Yorkville Endoscopy “failed to ensure that patient care services are provided in a manner that protects the health and safety of all patients,” the U.S. Department of Health and Human Services concluded. On top of it all, one staff member took a picture of Rivers without her consent while she was undergoing the procedures.

According to a statement released by Yorkville, none of the medical staff involved in Rivers’ treatment and mentioned in the report currently practices at the clinic. Yorkville committed to taking all the necessary steps to address the issues pointed by the regulators. If the clinic fails to achieve the minimum standards, it will lose its certification on Jan. 7, as stated in the report.

Rivers’ daughter, Melissa, was affected by the details unveiled in the report.

“As any of us would be, Ms. Rivers is outraged by the misconduct and mismanagement now shown to have occurred before, during and after the procedure. Moving forward, Ms. Rivers will direct her efforts towards ensuring that what happened to her mother will not occur again with any other patient.”