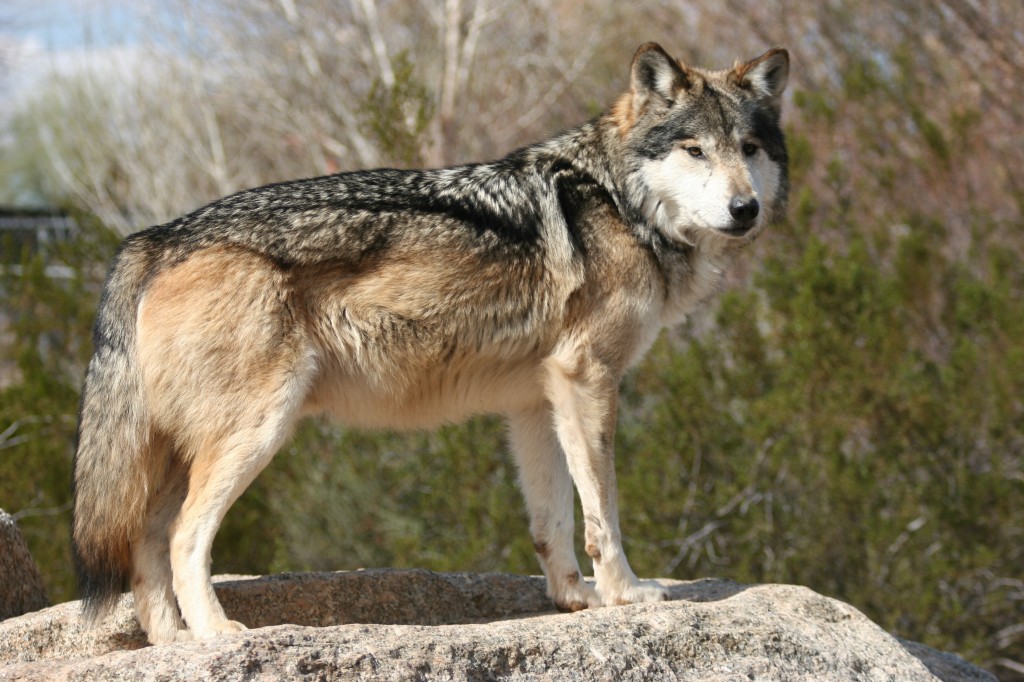 A gray wolf has been seen near the Grand Canyon, according to conservationist groups, a first in the last 70 years for Arizona. The event may cause another round of harsh debates between ranchers and conservationists, a common occurrence in environmental politics.

At the moment, researchers attempt to establish if the wolf is indeed a gray one or a hybrid. Mexican wolves are now living in Arizona and New Mexico, but the specimen noticed in the Grand Canyon possesses distinct gray wolf physical traits.

Fish and Wildlife is currently working on the matter. “Until more is known about this animal, visitors to the area are cautioned that this may be a wolf from the northern Rocky Mountain population and fully protected under the Endangered Species Act,” FWS stated.

Ranchers and hunters nearly exterminated the species in the first half of the 20th century. In 1973, the gray wolf was among the first species to benefit from protection under the Endangered Species Act. The only region with a small population of wolves at the time was in northern Minnesota.

Because the measure alone was not sufficient, Fish and Wildlife Services imported wolfs from Canada. Two decades later, the population finally started recovering. The initial goal was to have at least 300 wolfs, but now close to 2,000 roam the Yellowstone National Park. About 5,000 wolves live across the country in eastern Oregon and Washington, as well as in mountainous regions in Idaho, Montana and Wyoming.

Reports show how the revived population practically changed the environment. The deer population dropped, so vegetation thrives once again, conferring a telling example of the gray predators influence ecosystems. Now the question is if the gray wolf should be removed from the list of endangered species. Only few of the numerous species that have been listed in the last decades were removed at a later time. Conservationists argue that wolf populations need more time to reach healthy level.

In the early 2000s, the idea of having a political decision taken at state level was debated, but the environmentalists opposed it, fearing that ranchers may end up slaughtering the packs. In 2011, President Obama gave regulatory power to the five states with gray wolf populations.

While political debates take place in comfortable offices in the city, most ranchers have to cope with a dire problem. The New York Times tells the story of a Montana rancher who recently had problems with the growing number of wolves. “We’re not always sure why we should go through all this, with losing calves and staying up all night,” the rancher, Terri Tew, said, “just so somebody from back East can come out here for a week and listen to a wolf howl.”