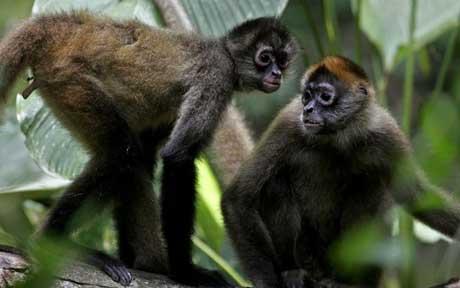 The biggest threat for baby Chacma baboons, large and aggressive monkeys living across the Southern African coast, is not represented by carnivorous predators, such as lions and leopards, as you may believe, but by male adults of their own species. The most effective way of defense against this is promiscuity.

“Up to 50 percent of the infants might be killed by males in these populations, a massive impact more important than disease or predation,” University of Cambridge behavioral ecologist Dieter Lukas said.

Moreover, such behavior is not limited to this particular species of baboons. Scientists unveiled the most complex study on this topic on Thursday. They attempted to discover the patterns that may explain why infanticide is rarely seen in non-mammal species. They studied the way in which males interact with other females’ offspring for 260 species, including many primates. Out of these 260 species, 119 practice infanticide, while 141 do not.

Elise Huchard, behavioral ecologist at the National Center for Scientific Research’s Center for Evolutionary and Functional Ecology in France, explained that this behavior is in fact a sexual strategy. Adult males kill the babies fathered by others in order to make the mother available for mating. She added that 25% of these mammals practice infanticide.

A common feature of the species practicing this behavior is that they live in big groups, in which reproduction is monopolized by a small number of males, which cannot keep their dominant position for too long due to many challengers. On the other hand, infanticide is rare in monogamous or solitary mammal species. Christoper Opie, researcher with the University College London even stated that “monogamy is quite an effective response to infanticide”.

Researchers also said that females of certain species use promiscuity as a natural way of protecting their babies. By mating with many males in a short amount of time, the paternity of the infant cannot be verified.

“Males stop killing offspring if there is a risk that the offspring might be their own,” Lukas explained.

Moreover, infanticide is not common in species that reproduce seasonally because there is no benefit for the males in killing the babies and then waiting until the next season for the female to become fertile again.