You are here: Home / Health / Preemies Exposed to High Phthalate Levels in NICU 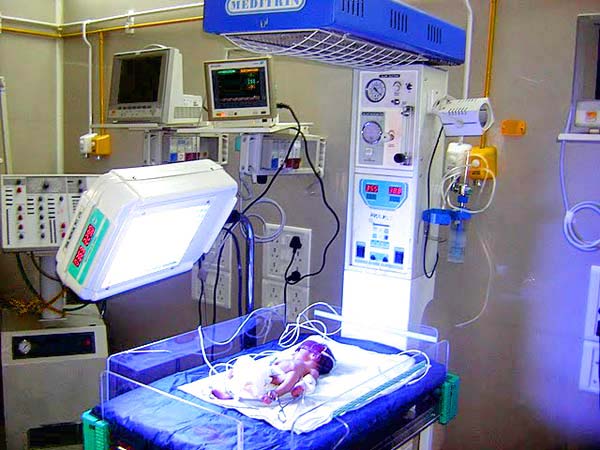 A parent with a premature baby in the neonatal intensive care unit has countless things to worry about and sadly, researchers have come to the conclusion that plasticizers used in the NICU may pose another health risk to these preemies.

DEHP is a chemical used to make medical equipment from catheters to endotracheal tubes and virtually any other medical equipment that is soft and pliable. A review conducted by the doctors at Johns Hopkins Bloomberg School of Public Health suggested that these plastic and phthalates found in many other medical devices not only affect growth and development but also have immediate health effects on critically ill preemies.

“We take the NICU totally for granted, and we don’t necessarily think about the things right in front of us.”

Dr. Eric Mallow, former neonatologist and current Hopkins researcher said, noting that he had thought many times about the phthalate levels that preemies are exposed to while in the NICU.

The research team began by researching all published data about DEHP’s and their toxicity, as well as how much leaches out of PVC medical devices. Afterwards, they calculated the levels of these substances that a 2 pound preemie would be exposed to. The team saw that a critically ill baby, hooked up to multiple medical devices containing DEHP would be exposed to approximately 16 milligrams per kilogram of body weight a day of the chemical.

16 milligrams doesn’t seem like an awful lot, however, it is 160,000 times higher than what is desired to avoid liver damage. The team’s results were published on Thursday in the Journal of Perinatology. It is one of the first studies focusing on immediate DEHP effects rather than its endocrine disruptor actions.

“DEHP and other phthalates are proinflammatory, and most of the injuries that preemies get are inflammatory in nature,”

On the other hand, the Food and Drug Administration insists that parents and doctors should not avoid to get the required medical attention for fear of this substance. And there are already hospitals which have moved towards DEHP-free medical devices precisely to avoid such exposures.

Dr. Mallow notes that the majority of hospitals still haven’t made that switch. According to him, DEHP free devices should be used when high-risk procedures are anticipated. Additionally, doctors can opt for other means of limiting the exposure, by using “the freshest and coldest blood products”, for instance.

“When you get down to a one-pound baby who has tenuous organ function and is very immature, the materials used to care for that baby should be given consideration.”