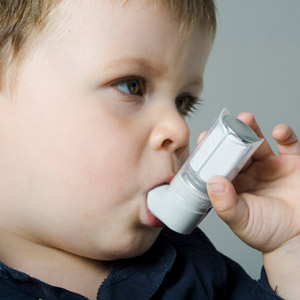 A new form of powdered measles vaccine has been developed and just successfully passed the initial trials of a long session of testing planned out in the near future.

On paper, in the incipient phases of development, the powder-based vaccine already showed a lot of improvement from the classic version. With syringes and needles no longer being needed, the cost of delivering the dry vaccine to poorer, still developing parts of the world decreases significantly, on top of reducing the risk of contamination. Furthermore, the powdered vaccine eliminates the need for clear water for reconstituting and the danger of contagious waste and prolongs the time it can be stored.

At room temperature, a dose of the powder measles vaccine can last up to 6 months; at cold temperature, it remains potent for up to 4 years. Instead of the classic injection, the new version comes in single-dose packages and only implies the beneficiary to inhale one puff of air. Fear of needles proved to be an issue in numerous cases, mostly in children but to a smaller degree in adults as well. Finally, this new form that the measles vaccine comes in, will secure a broader coverage on the population of the world.

This project has been initiated after the World Health Organization published the statistics for the year 2013 in regards to the effect of measles on the population of the globe. The 145,700 deaths recorded in 2013 represented a 19% increase recorded in comparison to 2012. Last reports also approximated a number of 21.5 million children who did not receive a vaccine against the virus, more than half of that amount living in less developed countries such as India, Pakistan and Nigeria. The declaration raised awareness and thus, a new research program commenced in order to counter these issues.

As soon as the product was completed, it underwent a series of clinical trials. The initial tests were conducted on monkeys and rats and not only demonstrated its protective abilities, but also scored no side effects whatsoever. Surely, the vaccine is only in the early stages of testing, but plans are already in motion to move the project into the next phase, where the vaccine will be tested on human subjects who are not immune to the virus, following to start being distributed as soon as possible if the results remain positive.