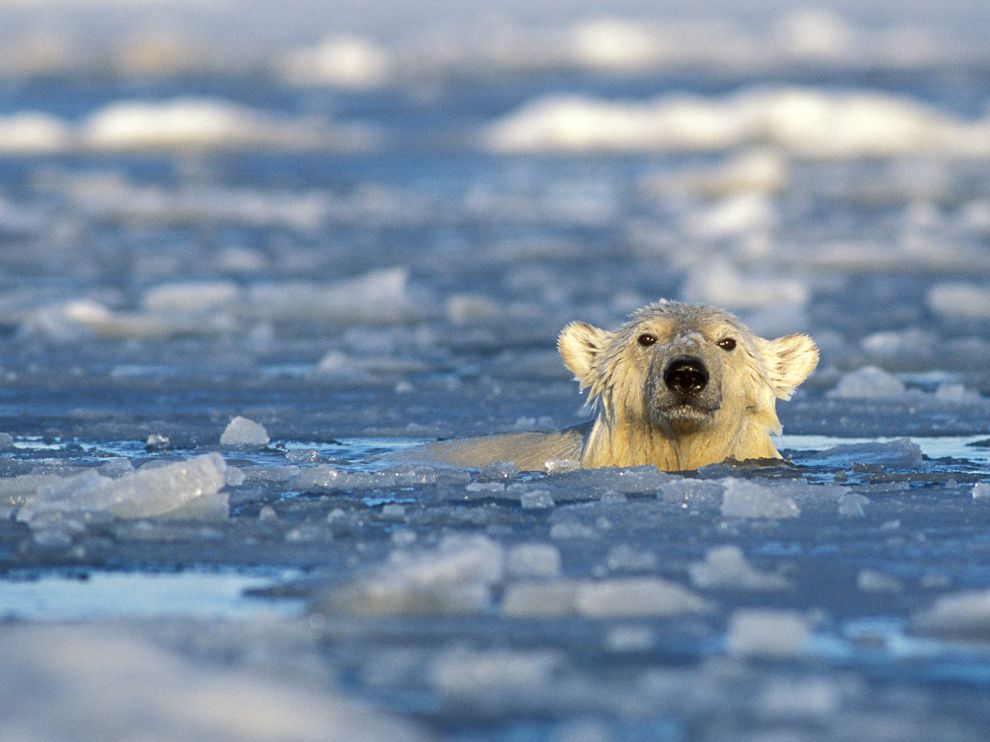 Southern Beaufort Sea polar bear population decreased in the first decade of the 21st century, according to a new study published in Ecological Applications. Overall, the population decreased by 40 percent in the previous decade, according to the survey. Researchers from the U.S. Geological Survey said that 2004 and the next two years have been particularly bad for polar bear survival.

“Of the 80 cubs observed in Alaska from 2004 to 2007, only 2 are known to have survived,” said Jeff Bromaghin, USGS research statistician and lead author of the study.

Scientists believe there is a simple reason behind the dramatic figure. Polar bears have increasingly limited access to seals. One reason may be that winter ice is less reliable than before. Because ice sheets get thinner and more prone to breaking they turn into less successful hunting ships for the polar bears.

Some bears decide to stay on shore during the fall, but others travel on ice sheets further up north, carried away by currents. Unfortunately for the bears, seals do not travel that much. Another reason may simply be the low seal abundance, but researchers have no potential explanation for why there might be fewer seals than before.

Although the middle of the decade has been particularly tough for the bear population, their numbers have seen an improvement towards the end of the period. In 2010, at the end of the study, researchers counted 900 bears.

“The low survival may have been caused by a combination of factors that could be difficult to unravel,” said Bromaghin, “and why survival improved at the end of the study is unknown. Research and monitoring to better understand the factors influencing this population continue.”

Particularly because of its habitat change, the polar bear has been listed as threatened under the Endangered Species Act in 2008. If sea ice disappears at the current rate, the polar bear may go extinct in the next several decades.

The Polar Bear Specialists’ Group of the International Union for the Conservation of Nature will compare the data on the Southern Beaufort Sea polar bears for the last quarter of a century, with other 19 populations from all over the world. Although available data covers roughly half of the 19 populations, what it says is far from reassuring. Five populations are stable, four are decreasing, and only one is increasing, from what scientists know so far.