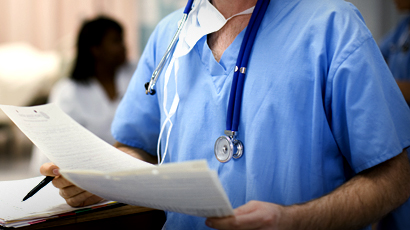 Dignity Health, the three-state San Francisco-based hospital chain has decided on a settlement in the lawsuit claiming that the company overbilled Medicare and Tricare. According to recent information, Dignity health has been overbilling Medicare as well as the military health care program for several years now. The settlement sum, which the company will pay the government, is set at $37 million.

Authorities came to notice the misdoings of the company because of a whistle-bower lawsuit that Kathleen Hawkins, former Dignity Health employee filed. The lawsuit details how the hospital, formerly known as Catholic Healthcare West, would submit inpatient care bills at 13 of its 39 locations in Arizona, California and Nevada, despite the fact that the patients in question should have been charged at different, less-expensive, outpatient rates.

The Justice Department explained that the hospital went on covering elective cardiovascular surgeries for stent placements and pacemakers as well as different surgical procedures, such as spinal operations called kyphoplasty. These bills and diagnostic procedures were billed to Medicare and Tricare for thirteen hospitals between 2006 and 2010 (for the cardiovascular surgeries) and between 2000 and 2008 for the other types of surgery.

Kathleen Hawkins, the whistle-blower who brought the entire situation to light is now going to receive $6.25 million of the settlement sum, the Justice Department said.

“Hospitals that attempt to boost profits by admitting patients for expensive and unnecessary inpatient hospital stays will be held accountable,”

The hospital involved in these fraudulent billings, Dignity Hospital, represents one of our nation’s five largest hospital systems. Its spokespeople claimed that the company had not done anything wrong when confronted with the suit. According to these spokespeople, the only reason why Dignity Hospital decided to settle was to avoid the expenses of long litigation.

“The billing disputes reflect widespread confusion in the health care industry on unclear federal standards for approving coverage of patient admissions. As a result, it is often challenging for physicians to ensure their documentation adequately reflects their decision-making.”

Dignity Health announced in a statement.

This settlement represents the joint effort of the Justice Department and the Office of Inspector General of the Department for Health and Human Services.

“Billing Medicare for higher cost inpatient services that patients do not need is a major strain on the public fisc. The False Claims Act provides substantial whistleblower rewards to incentivize people to step forward when they uncover such billing practices.”