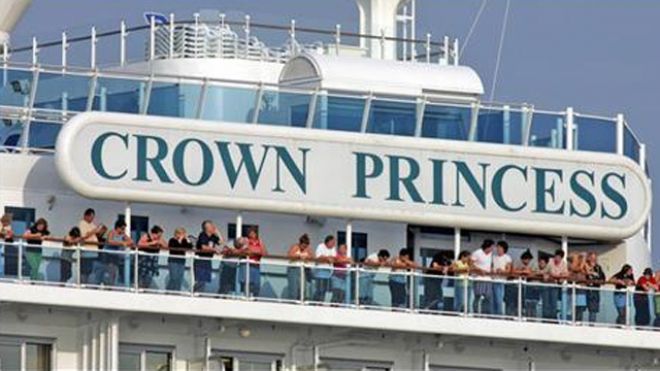 Over 172 passengers who went on a cruise with an U.S. ship have been infected with Norovirus.

A similar incident happened on the same ship this April, when more than 150 passengers were infected. Prior to this event, an outbreak was also recorded in December 2012 when 102 passengers fell ill.

According to the authorities, the cruise ship met with public health officials when it docked in San Pedro, California this Sunday after a number of 172 people consisting of both crew members and passengers were suffering from a gastrointestinal illness.

The ship set sail last month and since then, 145 passengers and 14 crew members have started showing symptoms like diarrhea and nausea. Tests have shown that all of them suffered from Norovirus. The final number of ill patients was established after the ship arrived to its destination.

Norovirus, the illness that can also be known as winter vomiting disease, affects roughly 20 million people inside the U.S. every year, causing between 500 and 800 deaths.

The ship will set sail on its next cruise on Sunday night and will undergo a thoroughly disinfection procedure to avoid future issues.

Confronted with the facts, the company’s spokesperson, Susan Lomax said:

“Over the last few days, the ship began seeing an increased number of gastrointestinal illnesses, caused by Norovirus . In response, we have enacted our stringent disinfecting protocols developed in conjunction, with the help of the U.S. Centers for Disease Control and Prevention.”

The passengers that are supposed to embark the ship on its next cruise will be given a heads up regarding the outbreak.

Norovirus outbreaks have been quite common, over a dozen cruising lines reporting them in the last few years. All of them set sail from the U.S. The reason behind the outbreaks is the fact that a lot of people are obliged to share a somewhat small, closed space, letting the virus to spread among them.  However, the outbreaks are typically mild and are not life threatening.

The virus usually spreads through fecal contamination of water and food, via the contact with an infected person or if it’s aerosolized. Many of the outbreaks were traced back to food after being handled by one or more infected people.

Although there is no serious treatment for Norovirus, the patient is advised to stay hydrated and will likely feel sick for a few days.

Martha Stewart is the godmother of “The Crown Princess”, the ship that was involved in the incident and Carnival Corp is the company behind it.