You are here: Home / Technology / New York City Wi-Fi Hubs Instead of Payphones from 2015 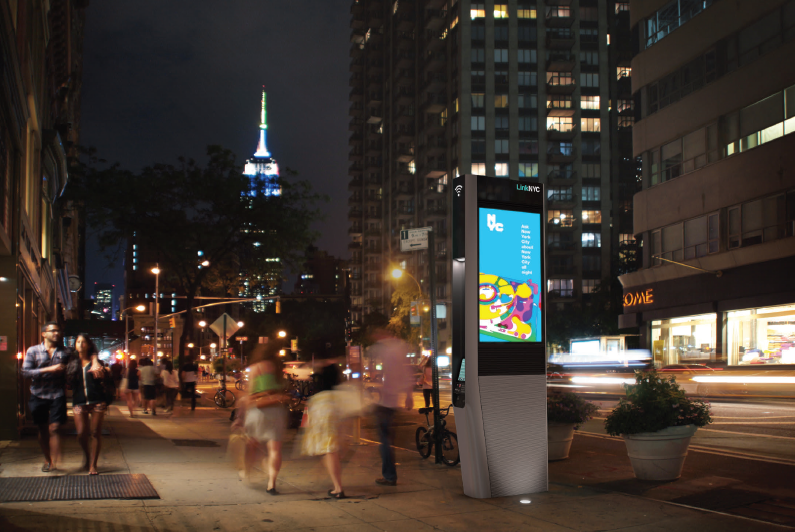 New York City will implement a highly ambitious idea that will bring its inhabitants and visitors one of the most desired service, gigabit Wi-Fi. The municipality plans to replace the antiqued payphone boots with high-tech multifunctional hubs. Three of the booths, however, will be maintained as souvenirs.

The idea has been floating around for years, but the administration placed a call only earlier this year. The New-York-based group CityBridge, which will be overviewed by Qualcomm, will work with the city hall’s relevant departments in order to turn the project called LinkNYC into reality.

“LinkNYC is a first-of-its-kind communications network that will bring the fastest available municipal Wi-Fi to millions of New Yorkers and visitors,” CityBridge and LinkNYC said in a press release.

Moreover, the pillars will offer the option to call 911 and 311 for free, as well as free phone calls in all 50 states. If your phone will run out of battery, the new multipurpose device will offer you a way to charge it. A touch screen will be your guide to the city hall’s services, but people will probably use their own devices for that. Importantly, the screen will be used to display ads.

But the main benefit stemming from the new project will be the high speed Wi-Fi internet. So how fast will the standard be? According to the project, “gigabit Wi-Fi is more than a 100 times faster than the average public Wi-Fi and more than 20 times faster than the average home Internet service in NYC. Downloading a two-hour HD movie can take as little as 30 seconds.” According to the specs, you should be able to connect to the router even if you are 150 feet away. The connection will be encrypted, but users should rely on their own encryption methods to be extra sure.

Some may believe that LinkNYC is going to end up costing the taxpayers a lot of money. It will not be the case, because the project will be run with advertising revenues. Up to $500 million are expected to jump in the city hall’s pockets in the next 12 years.

The first units will be ready by the end of 2015. We can expect around 10,000 of these to pop all over the city in the next couple of years. Each wave of units will cover all the five boroughs evenly, according to the project.