You are here: Home / Tech & Science / New Steps towards an Asteroid Early-Warning Network 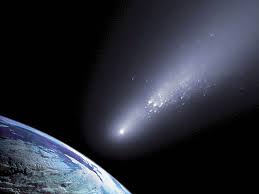 In September, during a workshop hosted by Secure World Foundation (SWF), several experts discussed strategies to get the International Asteroid Warning Network (IAWN) moving. IAWN’s prime goal is to discover, monitor and warn governments about dangerous near-Earth objects (NEO) using optical and radar devices located on Earth and in space.

In 2013, the whole world saw how real an astronomical catastrophe was, when a meteor exploded on a February morning about 930 miles east of Moscow, in Chelyabinsk. The blast did damages to hundreds of buildings and cars and got about 1000 people rushing to the nearby hospitals. Astronomers believe the meteor was 50 feet wide and had 7.000 tons before entering Earth’s atmosphere.

The two events were a wake-up call for international agencies to take NEO threat seriously. Ray Williamson from the SWF said the meteor event in Russia and the asteroid close call were good reminders that many thousands of other NEO passed near Earth on a daily basis.

On the other hand, spatial experts reassure us that we needn’t worry about an incoming asteroid apocalypse since no NEO larger than half a mile is expected to enter our atmosphere for several hundred of years. However there are thousands of smaller cosmic objects flying above our heads with the potential of destroy entire cities.

“NASA has not even come close to finding and tracking the 1 million smaller asteroids that might only just wipe out a city, or perhaps collapse the world economy if they hit in the wrong place,”

During this year SWF workshop, participants made a series of recommendations to make IAWN more operative. One of them was for the asteroid early-warning network to establish a 5 year plan to become the world’s most reliable source of NEO’s data, notifications and warnings.

These steps towards informing the public, not just warn it, may be related to something  José Luis Galache, a workshop participant, has recently noticed.

Mr Galache believes the general public doesn’t understand the real danger linked to an asteroid impact to Earth because people perceive it at the most basic level. For instance, people only know about an asteroid that impacted Earth, 65 million years ago, and wiped the dinosaurs. And that’s all.