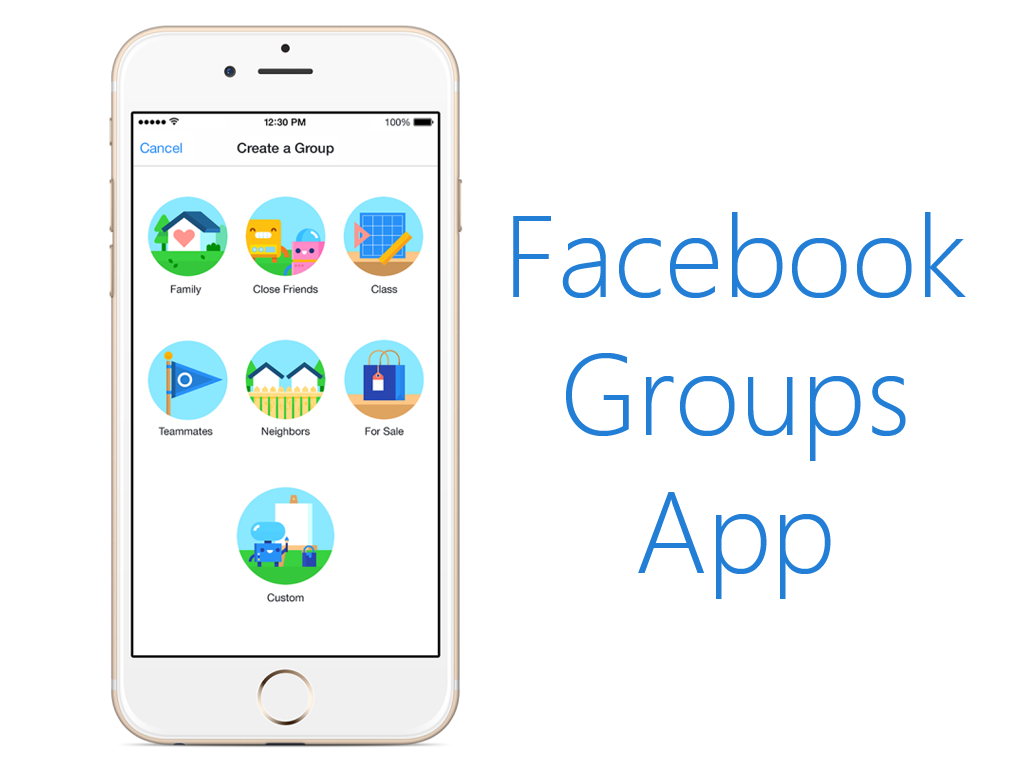 Even though the first standalone Facebook App – Facebook Messenger – was not actually considered a success, the new Groups App promises to be different. It was designed as a way to make users access all the groups that they are part of and also new groups with similar characteristics, in an easier, faster way. Also, the new App is not going to force all the users to use it, like the Messenger App did. You are still able to use the group chat window inside the Facebook App if you do not want or like how the app works.

The service is now available in all countries, on both Android and IOS. Groups App comes in the aid of nearly 700 million people that use Facebook Groups as a way to interact with specific groups of people.

Facebook Groups is almost as old as Facebook, being one of the main features implemented on the website. However, being able to access groups is not as easy on your mobile device as it is on your computer, this being the reason behind the Groups App.

After you download the app, you can visualize the main page of it and see which groups you’re part of. The groups are being displayed in a popularity order, the most popular group being the one at the top.

From inside the app you can control which notifications you want to see and from which groups, find new groups to join and see whatever has happened inside the group since you last visited it.

The only thing quite different from the computer version of Facebook Groups is the design of Groups App. Other than that, the service remains pretty much the same, meaning that you still have access to all the options available in both Facebook App and Facebook for desktop.

Creative Labs is the team behind Facebook Group App along with other apps dedicated to Facebook users. Among these apps you can find Rooms – a service where users can post photos, videos and messages, Slingshot – Facebook’s take on Snapchat or Paper – an app for news reading.

“What we’re trying to do is build a service that’s good for everyone,”