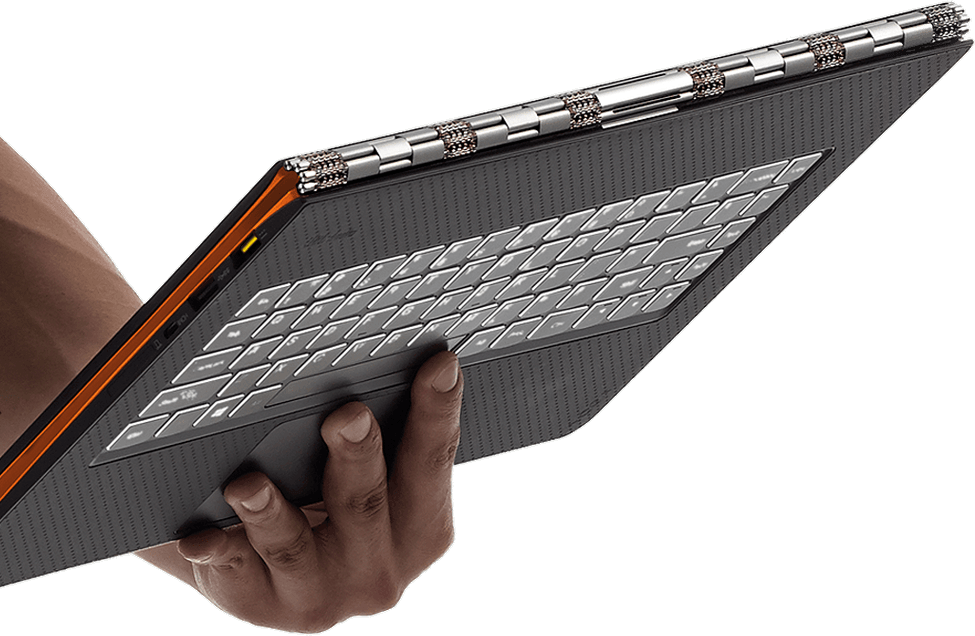 Lenovo turned to prank-vertising to promote their newest ultra-slim laptop, Yoga 3 Pro. In the new ad prank, a false Lenovo employee standing at a laptop test drive booth in a mall shows passers-by the differences between Yoga 3 and Apple MacBook Air.

“What makes this laptop special, among many things, is that it bends. Yoga, you get it. Try and do that with a Mac,”

false employee  says to innocent bystanders while picking up a what seems to be Mac Book Air, bends it and breaks it in half. The bystander is in a state of shock. Then the pranker hands the broken laptop to the clueless victim and runs away. In a couple of seconds, another employee shows up and starts asking the already shocked shopper questions about the broken laptop

he asks.Then he hears the answer: no!, and calls security. A security agent comes and starts asking another set of questions. He then tells the prank victim that it would have been easier if the mall had had some security cameras. The victim is again shocked – how come a shopping mall doesn’t have any security cameras? The guard smiles and shows him/her the camera, telling it was a prank. The victim seems relieved but we aren’t sure whether he/she will want to buy a Lenovo.

Lenovo says this shocking prank was designed for Millennial consumers, a select group of people that don’t have a taste for traditional advertising.

Millennial consumers are people born between 1983 and 2000, relying heavily on tech and their parents’ bank account. Most of them still live with their parents, although they have jobs or plan to get one in the near future. When buying stuff they prefer word of mouth advertising, and they are unimpressed by celebrity ads. More than 90% have purchased a product after hearing about it from a close family member or friend, and 80% of them trust these recommendations more than claims by the brand.

Lenovo will post the ad prank on one of its social-media channels. On Youtube, people were less impressed by the ad and more by Yoga 3 versus MacBook Air confrontation. Some of the MacBook Air fans said on the comments section they would prefer Mac any day over “some rockie Lenovo”.

Bob Cordell, Lenovo’s on-line marketing manager, said that Lenovo’s team is aware that people preferring other brands would view the new Lenovo Yoga 3 ad prank in a different way. Their goal was to prove that the company is upfront about its products and not trying to pull a fast one.