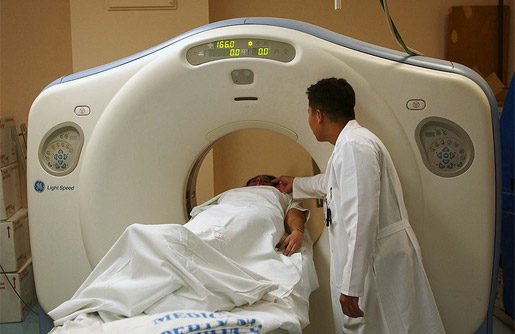 More than 4 million people could benefit from the Medicare’s decision to expand coverage by adding lung cancer screenings with CT scan. The The Centers for Medicare and Medicaid Services decision on Monday targets current and former smokers who are at high risk of developing lung cancer. CMS will cover the cost which can range between $100 and $400.

The twist, however, is that patients have to jump over paperwork hurdles. And it’s not the written order obtained from the treating physician during a screening, counseling and shared decision-making visit that is most peculiar. Robert Gilkeson, MD, vice chairman of research at University Hospital’s Seidman Cancer Center in Cleveland, believes that cost-effectiveness may have been the reason behind the Centers for Medicare and Medicaid Service’s age restrictions.

According to CMS’ announcement, all the people with these characteristics will benefit from one low dose computed tomography (LDCT) per year:

“This is a victory for cancer prevention and for the well-being of thousands of Americans at high-risk of lung cancer,” says Ella Kazerooni, M.D., director of cardiothoracic radiology at the University of Michigan Health System. “Lung screening is a life-saving health measure for the No. 1 cause of cancer death in the United States today.” Kazerooni has passionately supported the measure in the last years.

Lung cancer is one of the deadliest forms of the disease. More than 150,000 people die each year after the disease develops untracked. Women and Afro Americans are among the most affected groups. When detected at an early stage, lung cancer is highly treatable, but when it goes undetected, survival rates decrease dramatically.

CMS took the decision after clinical trial proved that when lung cancer is detected early, death rates drop by 20 percent. The National Cancer Institute funded the large-scale trial which included more than 50,000 heavy smokers. After the encouraging results have been noted, the United States Preventive Services Task Force (USPSTF) issued a recommendation in December 2013. Current and former smokers between ages 55 and 80 should be screened for lung cancer, USPSTF declared.

However, the upper age limit has been dropped to 74, making some supporters discontent with the result. But CMS stated that 74 “strikes an appropriate balance” between benefits and harms. Another critique was that patients have to work their way around too many papers before having access to the actual screening.

CMS’s proposal will be opened for comments during the next 30 days, with final decision scheduled for February.