You are here: Home / Health / Marijuana-Flavored E-Cigarettes Could Become a Thing 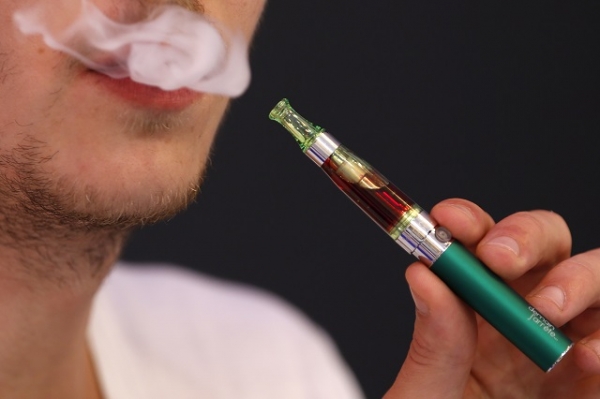 After Colorado and Washington approved ballot measures to legalize marijuana for recreational use, voters in other states such as Oregon and Alaska joined in. Apart from them, more than a dozen states allow the use of medical marijuana, which remains illegal under federal drug laws in other U.S. states.

“This is a wave that’s kind of sweeping the nation,”

Paul said, addressing the obvious craze that the legalization of marijuana has created.

His company is now seeking to patent this method so as to be able to set up a franchise in other states.

Paul isn’t yet concerned with the fact that marijuana use is illegal in Oklahoma. He is confident that, as the market for cannabis products continues growing (with legalization about to be voted on in other states), he will have no problem commercializing his product. States such as California, Arizona, Maine, Massachusetts and Nevada are expected to take part in a big push for legalization initiatives in 2016.

Palm Beach Vapors’ CEO was part of a legalization initiative in Oklahoma, which failed to gather the required signatures of more than 155,000 registered voters. That petition sought voter approval to classify marijuana as a herbal drug, so that doctors would be able to prescribe it for a variety of medical conditions.

And while Paul is enthusiastic about this method, Mark Woodward, spokesman for the Oklahoma Bureau of Narcotics and Dangerous Drugs, expressed the agency’s concern with cannabis inhalation via e-cigarettes.

E-cigs work by heating liquid nicotine into an inhalable vapor so cannabis oils and waxes would work pretty much the same. Paul’s company, Palm Beach Vapors is currently not buying, selling or shipping marijuana. However, it is licensed for the preparation method and additive procedure that creates the base for the cannabis oil.

Palm Beach Vapors has already applied for a patent and hopes that by 2018, its system will account for 30-40 percent of its annual revenue if the country continues this trend of wider legalization.