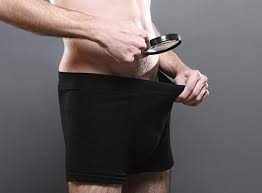 World Vasectomy Day was celebrated quite actively on November 7. Around 300 surgeons from 30 countries performed approximately 1,500 vasectomies. The event sends a strong message about family planning, parenthood and gender equality, while supporting informed choice.

Women end up with the burden of family planning much more often than men do, there is no secret about it. In an effort to raise awareness about the issue, filmmaker Jonathan Stack and Dr. Doug Stein launched World Vasectomy Day. The first edition took place on October 13, 2013. During that day, 1,000 men underwent the procedure. One hundred doctors from 25 countries agreed to work pro-bono.

Dr. Stein live-streamed 28 vasectomies from the Planned Parenthood headquarters in Kissimmee, Florida. The procedure is easy and painless, besides being surprisingly fast. To block the sperm from reaching the semen, the doctor severs and seals the vasa differentia. Vasectomy is one of the safest birth control instruments, with an error rate of just 1 percent, much better than the condom’s 18 percent per-year pregnancy rate in typical use. A week after the cut, men can resume regular sexual behavior.

Although many have heard about the option, vasectomies are far less common than tubal ligation, the sterilization procedure in the case of women. So far, more than 300 million women underwent tubal ligation, six times more than men who chose vasectomy. Tubal ligation is more invasive, expensive and dangerous than vasectomy.

Vasectomy is widely seen as a means of reducing the contraceptive burden from women’s bodies. But strangely, the sterilization procedure is brought on the table as a solution to stop climate change. The argument makes sense mathematically, as less people would translate into a lower rate of resource consumption. However, while using vasectomy as an instrument to increase gender equality is one thing, viewing the procedure as a solution to stop climate change is more problematic. Shifting the responsibility for the environmental damages from a structural level (models of economic production intertwined with property rights and political regimes) to an individual one translates into a misunderstanding of the process.

In the end, vasectomies can be used as a means of liberating both men and women from the burden of having an unwanted child when they decided their family is complete.