You are here: Home / National News / Killer of Two Chinese USC Students Gets To Spend Lifetime Behind Bars 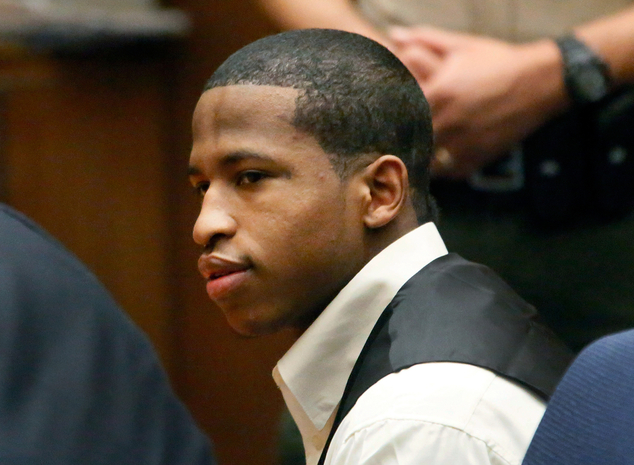 Justice has been served as the second shooter involved in the murders of two Chinese grad students on April 2012 gets a lifetime sentence.

Javier Bolden, age 22, has been found guilty of first-degree murder after shooting and killing Ming Qu and Ying Wu, alongside Bryan Barnes. He has now been sentenced to two life terms in prison, without any possibility of parole.

The two Chinese students had recently graduated engineering at the University of Southern California and were sitting in a parked car when the two shooters opened fire. Both Qu and Wu were 23 when they lost their lives in April, 2012. The two were in love and planning to get married.

Since then, a large amount of attention has been given to the University and its campus’ security, given the fact that a lot of internationals are studying there. Another similar incident happened in July, where another Chinese graduate student, Xinran Ji was beaten to death while walking towards campus.  Four teens were later charged in this case.

In response to that, the University has been trying to monitor the area more thoroughly and has set a serious amount of security cameras on the premise. The local authorities have deployed 30 more law enforcement officers in the area. However, the urban campus is not even a mile away from a group of neighborhoods with bad reputation and high crime rates.

Authorities have named the incident a “botched robbery” as the two gun men were planning to steal the couple’s BMW. The vehicle was parked a mile away from campus when the incident happened.

Bolden was captured on tape by a police informant, while talking him through the crimes. He did not seem remorseful and he reenacted the murders as if they were part of a video game.

During the hearing on Monday, Superior Court Judge Stephen Marcus actually saw Bolden smiling when the father of one of the victims was talking.

“I even caught you smiling during the (father’s) statement today. Mr. Bolden, you just don’t get it. How can you be gleeful about the grief you caused?”

This is not Bolden’s first conviction, as he was also charged with attempted murder and assault with a firearm not even two months prior to the killings.

Bryan Barnes, the second shooter, confessed the murders and pled guilty in February. He also received a life term in jail, without any possibility of parole.