You are here: Home / Tech & Science / Japan Plans to Continue Whaling in 2015, despite International Ban 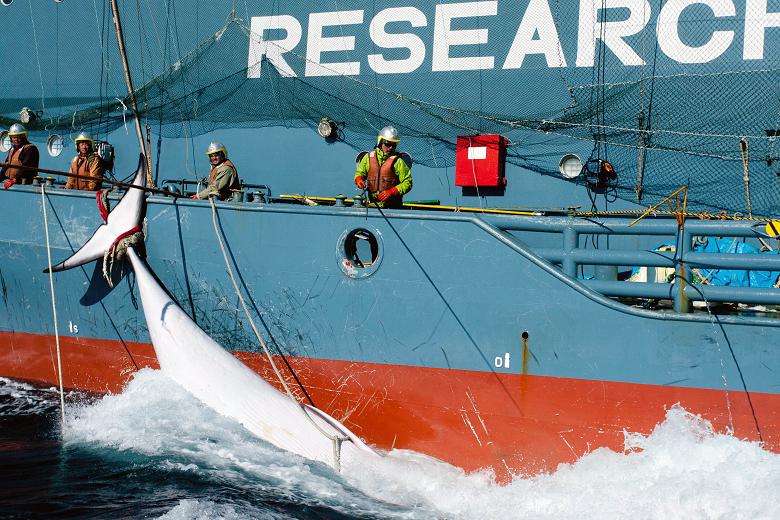 Although an International Court of Justice forbid the practice, Japan will continue whale hunting in the Southern Ocean in the fiscal year 2015. However, the number of whales will be cut to a third of this year’s catch target. Starting with 2015, Japan plans to catch 333 minke whales per year until 2027, instead of 935, which is the annual number set during the previous program.

The report titled “New Scientific Whale Research Program in the Antarctic Ocean” explains why killing whales is part of the scientific program.

“After giving serious scientific consideration, it has been concluded that age data at the annual scale can be obtained only through lethal sampling methods, and thus lethal methods need to be employed under this program,” according to the report issued by Japan’s Institute of Cetacean Research.

The plan presented by the Fisheries Agency on Tuesday covers a larger area of the Antarctic coast. Until now, hunting took place in Southern Australia and New Zealand.

Whale hunt has been banned in 1986. Because the ban covered only commercial purposes, Japan continued to hunt the marine animal claiming scientific purposes. The Japanese Fisheries Agency lowered its target for the next whaling season after the ICJ ruled in September that the country should halt whale hunting.

Because of the ICJ ruling, Japan decided to cancel its 2014 hunt in Antarctica waters. Instead, Japanese hunters caught a lower number of whales in Northern Pacific.

Japanese officials claim that whale meat is an important part of the country’s culinary tradition. As such, they will continue to plan whale hunting indefinitely. According to Japanese authorities, most whale species are not endangered.

“We have no plan to retreat a single step – not only to protect Japan’s unique food culture but also to protect our food security as the animal protein from the ocean is an indispensable resource for Japanese people,” said Daishiro Yamagiwa, the vice minister of economy.

The next hunting sessions will be in accordance with international law, the report stated. Since 1987, when Japan resumed the practice one year after the moratorium, Tokio claims that its scientific research program goes in line with Article 8 of the 1946 International Convention for the Regulation of Whaling. Because the ICJ ruling disagreed with the open-ended format of the program, Japan proposed a 12 years stage.