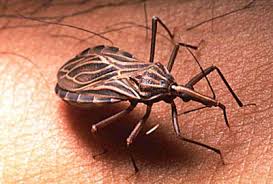 Researchers from the Baylor College of Medicine in Huston have been studying Chagas Disease and their results show that the southern US may be facing a real yet unrecognized risk of contracting the disease. Their results were presented on the 4th of November during the 63rd Annual Meeting of the American Society of Tropical Medicine and Hygiene (ASTMH) in New Orleans.

Two additional studies also showed that people living in southern United States present a higher risk of contracting this parasitic infection which may cause heart disease and could result in death.

“We are finding new evidence that locally acquired human transmission is occurring in Texas,”

The research associate at Baylor College in Medicine, Huston, warns that diagnosed cases are increasing daily and that they have already crossed the 300,000 limit established by the Centers for Disease Control and Prevention.

Chagas disease is a parasitic infection affect millions worldwide, mostly in Latin America. The three studies in question show how the parasitic infection is moving into southern United States. According to researchers, it should already be considered a public threat for Americans living here.

One of the studies, published in the American Journal of Tropical Medicine and Hygiene writes:

“We were astonished to not only find such a high rate of individuals testing positive for Chagas in their blood, but also high rates of heart disease that appear to be Chagas-related.”

Scientists explain that although they have been working with physicians all across Texas to raise awareness of this emerging disease, the trend is clear. Ms. Garcia also warns that the disease is a “silent killer” and that infected people generally have no revealing symptoms. They rarely seek medical care, however, the parasite continues to cause damage and in approximately 30 percent of infected people, it ends up causing heart disease.

“We were surprised to find that 36 percent had evidence of being a locally acquired case,” she said. “Additionally, 41 percent of this presumably healthy blood donor population had heart abnormalities consistent with Chagas cardiac disease.”

According to the Baylor research team’s results, one in every 6,500 blood donors tested positive for Chagas. This number is 50 times higher than what the CDC estimates (one in 300,000) and represents a cause for alarm.

The other two studies also warned that 73 percent of residents from 11 Texas counties were carriers of the parasite.