You are here: Home / Tech & Science / An Impenetrable Barrier Shields the Earth from Powerful Electrons 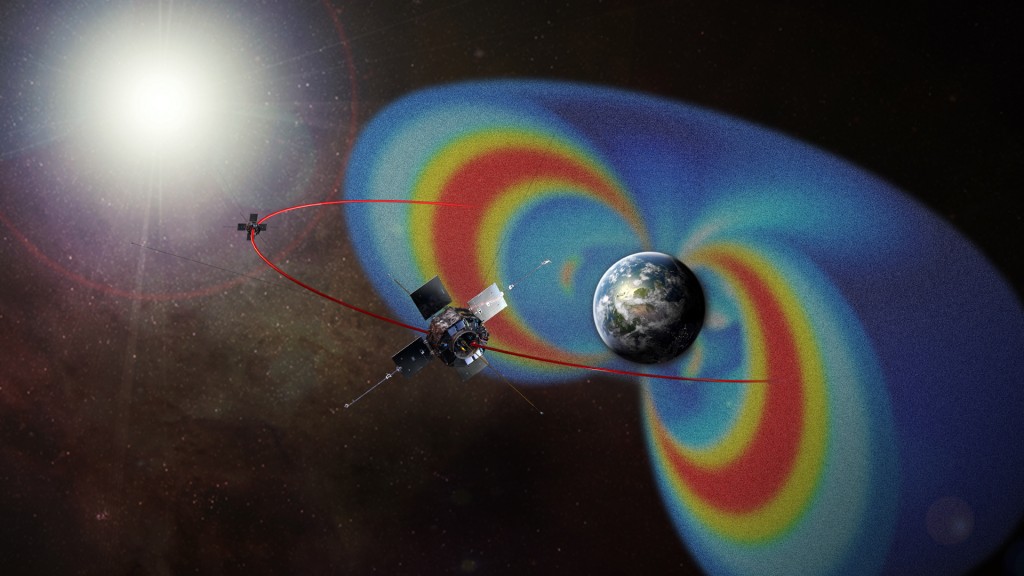 Scientists are surprised at the most recent discovery in regards to the Van Allen radiation belt surrounding our planet: in the latest study on the matter it has been determined that there is a nearly impenetrable barrier shield protecting our planet from the most powerful electron waves traveling through space.

What was originally known about the Van Allen belt was that it is comprised of two layers created by Earth’s magnetic field, protecting the planet from dangerous levels of radiation. In 2012, a series of probes were launched to gather data and study the nature of the belts, and recently returned with outstanding results. A third layer of charged particles has been discovered, in addition to the two already known.

The Earth’s protective barriers consist of a stable doughnut-shaped area, and a highly shifting outer zone, reacting to forces such as plasma waves. The latter goes from extending to up to 36.000 miles above the surface to completely dissipating under the effect of forces and traveling particles colliding against it.

In the paper published by NASA on the 27th of November 2014, it has been revealed that a third belt had been observed by the Van Allen probes sent out 2 years ago. At an altitude of around 7.200 miles, scientists have noticed that the waves of electrons traveling at near-light speed were almost completely cut off, protecting the surface of the Earth. After a more in-depth study, researchers have concluded that this third layer discovered starts at around 600 miles from the surface and consists of electrically charged cold gas, creating what they describe as a “glass wall” around the planet. When electrons traveling space collide with the belt, they are forced to scatter and thus repelled from entering the inner zone of the plasmasphere. Instead, the electrons rebound and are slowed down, then set into a circular drift around the outer belts.

This discovery sheds light on a few other curious aspects of our planet’s resistance to radiation and solar winds or eruptions, but at the same time admits that the Van Allen belt functions in such a way that can securely protect the Earth as long as the waves are not directly pointed at us. In case of such an occurrence, the barrier might be breached temporarily, Baker – the lead author of the paper – states, but otherwise the study suggests that the shield in question is nearly impossible to penetrate, putting a halt to the traveling electrons.