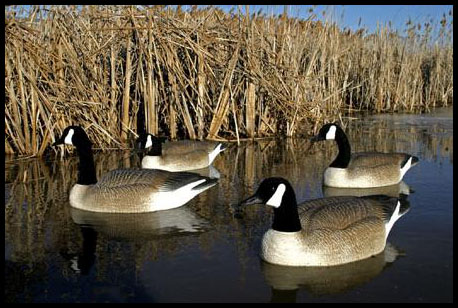 A hunting accident in West Windsor leaves grieving family as a 45 year old geese hunter died after accidentally shooting himself in the head and neck.

First report indicated that the elder man was actually behind the killing, accidentally shooting his son in the head. However, the local authorities later revised the report and said that the man actually shot himself.

The 45-year-old victim was on a hunting trip with his father, on Saturday when the accident happened at 4:15 p.m.  Both men were out in a wooden area of West Windsor, New Jersey by themselves, hunting with Canada geese decoys. Officials added that they were both properly licensed to hunt the birds. The property on which the victim was found actually belonged to the two men.

Even though a medical team was sent to the property as soon as the police got the call regarding the hunting accident, the man was pronounced dead at the scene. Several first aid medical procedures were attempted, but none of them succeeded.

“The two had Canadian Geese decoys spread out in front of their blind and were properly licensed to hunt the birds. Although incredibly tragic, it is believed that the incident was solely an accident and condolences go out to the family and friends of the victim,”

Further information regarding the identities of both men involved in the accident has not yet been revealed. An autopsy is scheduled for Monday, next week.

“Medics and police officers were immediately dispatched and came across a person who was obviously deceased. Everything appears to be an accident. We’re just dotting the “I’s” and crossing the “T’s” to be sure that’s what it is,”