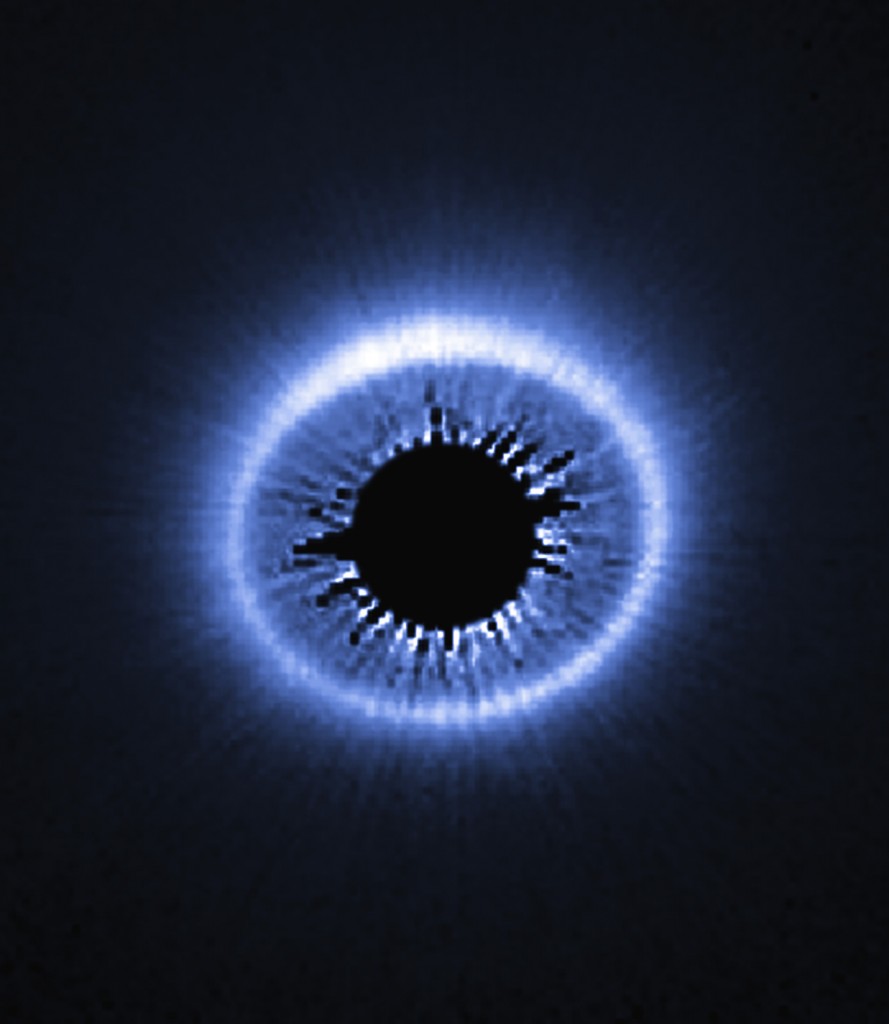 The discovery of star systems with Earth-like planets is a key objective of astronomical research. Moreover, looking at the effects of collisions between planets or other celestial bodies located in a young star system provides useful comparative material needed to understand the history of our own solar system, according to Glenn Schneider of the University of Arizona. Schneider leaded the survey team who recently published the results in Astronomical Journal.

The highest quality images to date on the formation of dusty debris disks suggest an astounding diversity. If astronomers previously assumed that dusty disks have simple one dimensional structures, the latest data forces scientists to adjust the picture.

“We find that the systems are not simply flat with uniform surfaces,” Schneider said. “These are actually pretty complicated three-dimensional debris systems, often with embedded smaller structures. Some of the substructures could be signposts of unseen planets.”

Dusty disk diversity requires a couple of explanations. The team believes that unseen planets influence the gravitational forces shaping the disks. Moreover, how the star system travels through space is another alleged factor explaining the shape of these dusty structures.

Astronomers pointed Hubble’s Space Telescope Imaging Spectrograph at 10 star systems with already known dusty debris disks, as well as at a “mature” protoplanetrary disk. One system surprised astronomers in particular. Star HD 181327 owns a highly irregular disk, with a highly concentrated debris positioned in its outer region. The dust lies at a distance twice as farther away from the star than Pluto is from the Sun.

“Catastrophically destroying an object that massive at such a large distance is difficult to explain, and it should be very rare. If we are in fact seeing the recent aftermath of a massive collision, the unseen planetary system may be quite chaotic.”

While the survey data illuminates an important aspect regarding the evolution of star systems, it simultaneously raises the bar for further research. One next step will be to assess how the dusty disks interact with the planetary systems.