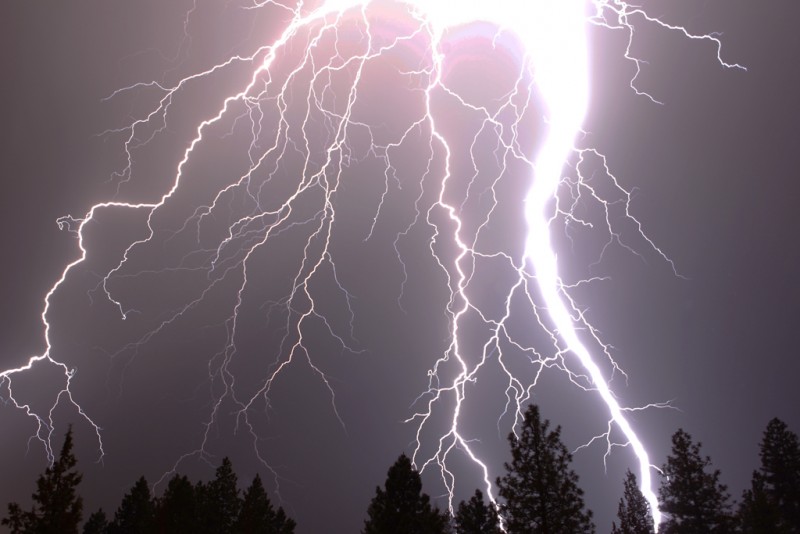 A new study claims lightning strikes will increase in the United States by the end of the century by nearly 50 percent as the planet gets wetter and warmer.

Those conditions were known to be linked to the formation of thunderstorms but the new study focused on lightning strikes. Scientists calculated how much lightning strikes increase in occurrence as the temperature of the air rises and clouds fill with more energy from vapors of water, intensifying rainfalls.

They came to the conclusion that in the future, lightning strikes will increase by nearly 7 percent with every degree Fahrenheit the planet warms. For every degree Celsius will be an increase of 12 percent.

Scientists forecasted the planet may get 7 degrees warmer Fahrenheit, or 4 degrees Celsius by the end of this century. They based their forecast on current emission of carbon dioxide. This means there will be a 50 percent increase in lightning strikes.

Atmospheric scientist at the University of California Berkeley and lead scientist of the study, David Romps said:

“When you used to have two lightning strikes, now you’ll have three. It’s a substantial increase.”

They based their calculations on weather data from 2011 gathered from across the nation. Thursday they presented a paper containing their results in the journal Science.

David Romps explained that there are two main factors responsible for lightning. The first being the amount of precipitation or water, and the second being the instability of the atmosphere, a phenomenon in which the air rises rapidly.

“To make lightning in a thunderstorm, you need water in all three phases — gas, liquid, solid — and you need fast rising clouds that can keep all of that water suspended in the atmosphere to generate charged separation,”

The study revealed that the two factors, instability and precipitation, can be responsible for 77 percent of the variability in flashes over the nation. The lightning flashes are often produced in severe thunderstorms, which depend on the convective available potential energy or CAPE and may also happen more commonly because of more favorable environments for storms due to global warming.