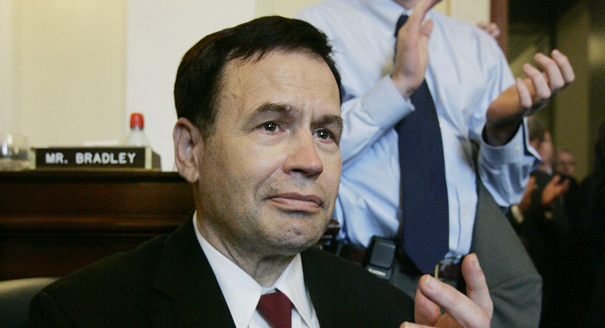 Former U.S. Congressman Lane Evans passed away on Thursday aged 63. He was battling Parkinson’s disease for many years and died because of health complications. Mike Malmstrom, his former staff member and legal guardian, made the announcement. A passionate veteran rights supporter, Evans worked as a congressman for 24 years. He retired in 2007 due to his severing health problems and spent his last two years at Hope Creek Care Center.

“In the early days of the Iraq and Afghanistan wars, Lane was one of the first members of Congress to take on issues like PTSD and TBI,” said Iraq and Afghanistan Veterans of America CEO Paul Rieckhoff. “He helped put our issues on the map.” Rieckhoff praised Evans for his efforts to support the troops in getting better treatment and called him a “true champion for veterans” and a “strong leader for us in Washington.”

Lane Evans was born in Rock Island in 1951. At 19 he was stationed in Okinawa during the Vietnam War, after which he went to college. His 1978 Juris Doctor degree from Georgetown University was a strong weapon in his legal battles for the rights of poor and working families. Although a representative of a disproportionately rural county, Democratic U.S. congressman Evans managed to win the votes of a large number of Vietnam veterans, who were content to see their rights furthered.

The congressman discovered he suffers from Parkinson’s in 1995, but kept it a secret for several years, fearing that is will affect his career. With the help of friends and members of Congress, Evans managed to pay his recent medical bills of around $80,000.

President Obama credited Evans for his own political rise, saying that without him, access into the U.S. Senate would not have been possible. Moreover, Obama believed that Evans was “one of the most gracious, best humored and hardest working people that I’ve ever had the pleasure to know.”

Rep. Cheri Bustos, re-elected on Tuesday, said Evans “represented everything that is right about public service. He was a champion for our region in the halls of Congress and a strong advocate for veterans and working families across the country. Lane will be sorely missed by all who he touched, but his legacy of service will never be forgotten.”