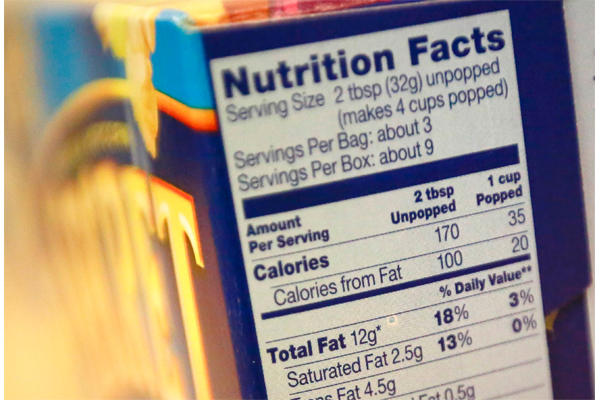 On Thursday, the U.S. Food and Drug Administration announced that it had finalized preparations and was ready to enforce a nationwide calorie display rule on restaurant chains, retail food establishments, movie theaters and supermarkets. According to these new guidelines, gas stations, supermarkets, fresh food bars, theaters, grocery stores and virtually every venue serving food will be mandated to display calorie counts.

A New York Times report stated that these rules were, in fact, broader than had been expected by consumer health advocates. Even vending machines and amusement parks will be required apply the rules.

These guidelines stem from the FDA’s concern with the obesity epidemic threatening the United States. Approximately 68 percent of all Americans are overweight (34.9 percent are obese), so these new guidelines are the FDA’s first attempt at making people engage in mindful eating.

Margaret Hamburg, FDA Commissioner, says that the majority of Americans consume more than 33 percent of all ingested calories away from their homes. By enforcing such rules, the Food and Drug Administration wishes to aid them in making more informed choices.

Different studies conducted by researchers from Harvard Medical School, from the American Journal of Public Health and from the British Medical Journal showed similar results: what people think that they eat and the actual amounts they eat differ greatly. Moreover, there is an enormous gap between what they estimate and what the actual caloric load of their food is. For instance, in one study, subjects were asked to estimate the caloric content of a standard chef’s salad. The majority guessed approximately 500 calories, when in actuality, the salad had around 1,000 calories.

This nationwide calorie display rule has been a part of the Affordable Care Act, however, it took some time since 2010 to enforce it.

There has been significant debate on whether such caloric guidelines do alter food habits. A study conducted in 2010 by Stanford scientists investigated the difference in consumed calories after Starbucks began displaying calorie information on its menus. A decline of 6 percent in calorie consumption was observed. Moreover, displaying this information had no overall effect on the company’s profits, the same study showed.

On the other hand, supermarket industry representatives aren’t thrilled about the new guidelines. They claim that the costs of putting the labels in place would cost up to a billion dollars.