You are here: Home / National News / FCC Airwaves to be Sold for over $34 billion 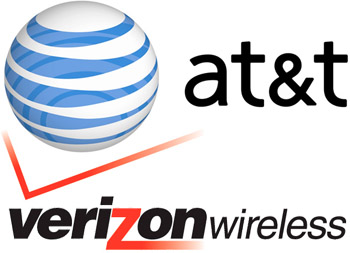 The Federal Communications Commission (FCC) auctioned a wireless spectrum license and the bids reached $34 billion. This is the biggest auction in the FCC’s history.

A total of six blocks of airwaves was set for auction and companies have started biding for them since Friday. The auction has currently reached $34 billion, three times more than the last auction conducted by the FCC, back in 2008.

One of the main reasons behind the large amount of cash that companies are willing to pay for these airwaves is the explosive popularity of devices that use wireless connections, reported in the last few years. Bids are expected to go even higher, since the auction does not have an end date and might go on for days or even weeks.

The auction led by the FCC in 2008 only reached the price of $10.5 billion, even though the airwaves that were sold back then were considered more attractive because of their low frequency. Next sale that involves lower frequency airwaves is scheduled for 2016 and can be considered as another reason behind the huge biddings.  The 2016 auction has already been delayed twice so investors don’t want to wait any longer, thus they are trying to seize the opportunity while it’s still available.

Since the airwaves that are now on sale lack the attractiveness of lower frequencies but still were a hit among companies, the next sale is expected to surpass this year’s record. Higher frequencies are not as liked by the public because they usually have problems with passing buildings. However, they have the ability to carry a lot of data, that being a really important factor when it comes to wireless broadband.

More than 70 companies have been approved to bid in the auction. Among them, the big buyers are considered to be Verizon Wireless and AT&T. However, the speed with which the bids are raising makes us think that there is probably a third bidder involved, as well.

The winner of the auction will not be known until the auction finishes. After that, the new owner of the airwaves will have to engineer and develop their devices, in order for them to work with the high frequency spectrum. AT&T and Verizon are already working with similar frequencies.