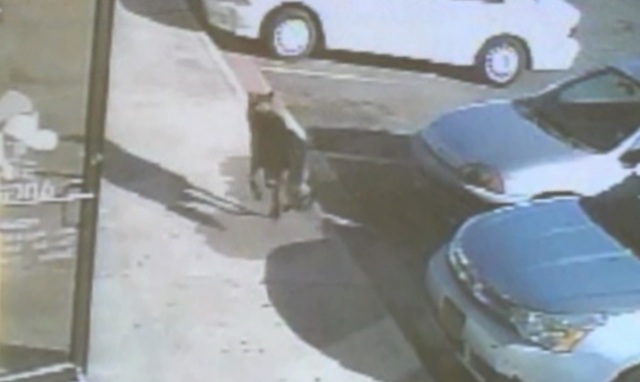 Witnesses could only marvel at how a family dog saved his owners during an Atlanta road rage attack by jumping in front of the bullet flying towards one of the children.

The German Shepherd shielded his family during the attack that took place on Friday. According to CNN reporters, the incident began on an Atlanta road with an altercation. Apparently, the drivers started arguing after the driver of a Ford Taurus was close to hitting the vehicle which Hobart Austin was driving. Unnamed witnesses explained that the angry driver drove after Austin’s vehicle until it stopped at a nearby mall. The man began threatening to shoot Austin and started firing his gun.

While Austin did not sustain injuries, numerous bullets managed to hit a Chevrolet Suburban occupied by an unlucky family and their dog.

Other witnesses stated that as soon as the car rolled up, shots began being fired.

“They survived that only to find that their pet is now gone. It’s sad for the whole family, especially the day after Thanksgiving.”

Gregory Lyon, Atlanta police Sgt. said while also mentioning that the family had gone through an extremely terrorizing moment.

The only reason why the members of this unfortunate family are still alive is their brave German Shepherd. He immediately jumped in front of one of the children as shots were being fired. The vehicle was occupied by a family of three children together with their mother and Noah, their faithful dog.

During the gunfire, Noah was mortally injured. Surveillance videos captured the moment when the German Shepherd was walking towards a nearby building to die.