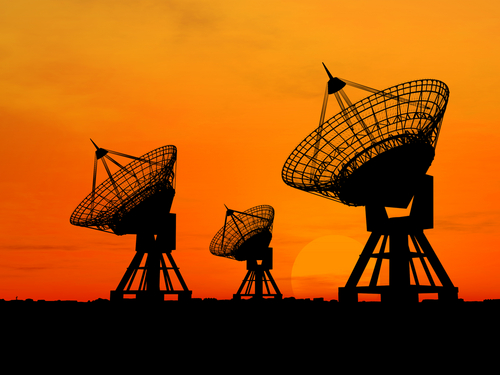 November 28, 2014 marks the 50th anniversary of NASA’s Mariner IV mission on Mars. Mariner IV was the first spacecraft to show us how Mars planet really looked like. Until Mariner IV’s successful mission, some people believed that the Red Planet was inhabited by H.G. Wells’ Martians.

After seven months, the interplanetary probe sent to Earth 21 images of Mars, encoded in binary digits and decoded on Earth (150 million miles away). The black and white images were recorded on Earth on magnetic tape, while scientists used the six bit code Mariner IV used to encode the pictures to draw a colored image of the planet using pastels.

After 50 years, NASA probes don’t just orbit a planet a take a short glimpse at it, they also land on it, analyze its rocks and atmosphere, use lasers for their experiments, and measure its magnetic field. Also, modern day have 4,771 times more storage capacity than Mariner IV, for instance ESA’s Rosetta spacecraft can store up to 25 Gb of data.

To mark the anniversary, Earth will beam about 90,000 messages to Mars. The space for-profit organization Uwingu will send via radio telescopes about 88,798 signals with names, photos and messages of the participants to the “Beam me up” project. For every name there was a $4.95, and for every image or long message there was a 99$ fee. The fundraising campaign started on August 19 and ended on November 5. The messages will reach Mars but they won’t be read by anyone, the only records are here on Earth.

Mariner IV was the first flyby man was ever able to do near Mars. Its initial mission was to gather more data on the Red Planet, to get close to it, and retransmit information back to Earth. Mariner IV was also supposed to measure Martian field and particle structure and give engineers additional info on future interplanetary space flights.

The first spacecraft mankind has ever sent to Mars was the Russian Marsnik (on October 10, 1960) that failed its mission. Later Russia (former Soviet Union) launched another spacecraft who was designed to be the first lander on Mars. On November 27, 1971, Mars 2 Orbiter crashed on the Martian ground, but it still is the first object man managed to get on the Martian soil. On May 30, 1971, the US launched Mariner 9 which was the first spacecraft to successfully orbit a planet.

Other missions have followed, such as NASA’s Viking 1 and Viking 2. Viking 1 lander was the first spacecraft to successfully land on Mars. It then made about 50,000 close-up photos on the planet.