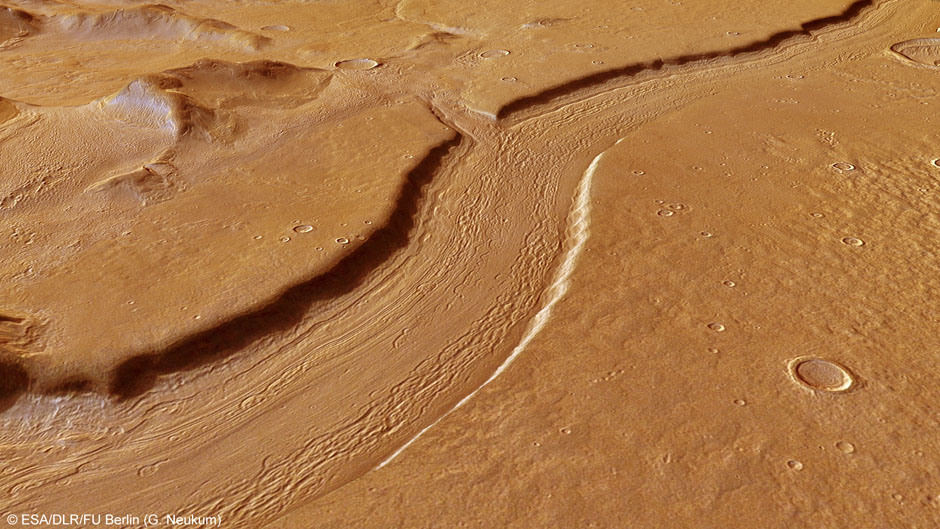 We already know that fresh water had once flowed on Mars. The traces are quite visible in the planet’s geography. However, the planet is now mostly a frozen desert, so how was that possible? Scientists from Brown University gave a potential, yet compelling explanation in a study published in Nature Geoscience.

The argument says that volcanic activity may have kept the planet warm enough for water to flow. But the process only lasted for couple of decades or hundreds of years at a time. Moreover, volcanoes ejected sulfur dioxide, a chemical that greatly increase the greenhouse effect. That mattered because the planet’s atmosphere was not thick enough to retain too much heat on its own.

“These new climate models that predict a cold and ice-covered world have been difficult to reconcile with the abundant evidence that water flowed across the surface to form streams and lakes,” said James W. Head, professor of earth, environmental and planetary sciences at Brown University and co-author of the new paper with Weizmann’s Itay Halevy. “This new analysis provides a mechanism for episodic periods of heating and melting of snow and ice that could have each lasted decades to centuries.”

About 3.7 billion years ago, Martian volcanic activity reached its peak. On Earth, sulfuric acid particles originating in volcanic eruptions actually lower the planet’s temperature. The result is determined by the particles’ ability of reflecting sunlight. But on Mars, the same process yielded different results.

Scientists ran a computer model to find an answer. According to the results, the same particles probably lost the reflective character when combined with dust particles. Prof Head explains how Antarctica’s geography could be used for comparison. When temperatures go beyond melting point during the summer, internal streams take shape for a while, but they ultimately freeze again during the winter. Similarly, ice blocks and partially melted during when volcanic activity was taking place on Mars, but once it stopped, water never flowed again.

Prof Head suggests that river floors are the most probable locations of potential fossilized remains of early life forms. The Red planet may have resembled Earth more at various times in history, but scientists do not know the exact degree of similarity. If soil samples from different locations would be brought back to Earth, lab tests would provide a more accurate understanding of Martian geology.