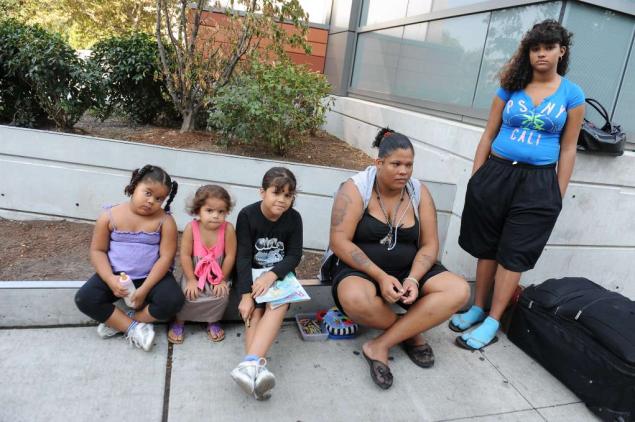 A state-by-state report blaming the impacts of pervasive domestic violence, the lack of affordable housing and the high poverty rate of the nation claims that in recent years the number of children who are homeless has raised to an all-time high in the U.S.

The “America’s Youngest Outcasts” report claims one in every 30 children is homeless. The report was released by the National Center of Family Homelessness on Monday. It was calculated that almost 2.5 million children in the U.S. were homeless sometime in 2013. The number in the report is based on the 1.3 million homeless children in public schools counted by the Department of Education, along with an estimated number of pre-school children that are not taken into account by the Department of Education.

Co-author of the study and director of the national center, Carmela DeCandia noted that a progress has been made by the government regarding homelessness among chronically homeless adults and veterans.

“The same level of attention and resources has not been targeted to help families and children,” she said. “As a society, we’re going to pay a high price, in human and economic terms.”

As claimed by a report, studying data from 2012 to 2013, the number of homeless children has raised by 8 percent in the U.S. The report warned of possible devastating effects on the social and emotional development and education of the children besides the impact on their parent’s prospects of employment, parenting abilities and health.

The study also included a ranking in the form of an index of the states trying to combat child homelessness and the effort in the level of well-being of children. The best scores were given to the following states: Massachusetts, Nebraska and Minnesota. At the bottom of the list were Mississippi, Alabama and California.

Director of the California Homeless Youth Project, Shahera Hyatt was not surprised by the state’s poor ranking though. She said the cause of the problem is the insufficient affordable housing as well as California’s high cost of living.

“People think, ‘Of course we are not letting children and families be homeless,’ so there’s a lot of disbelief. California has not invested in this issue.”

The report claims there were 2.5 million homeless American children at some point in 2013 of which more than 23,000 homeless schoolchildren in Colorado and 527,000 children that are homeless in California.