You are here: Home / Health / Holiday Feasts: Too Many Calories in Our Thanksgiving Turkey 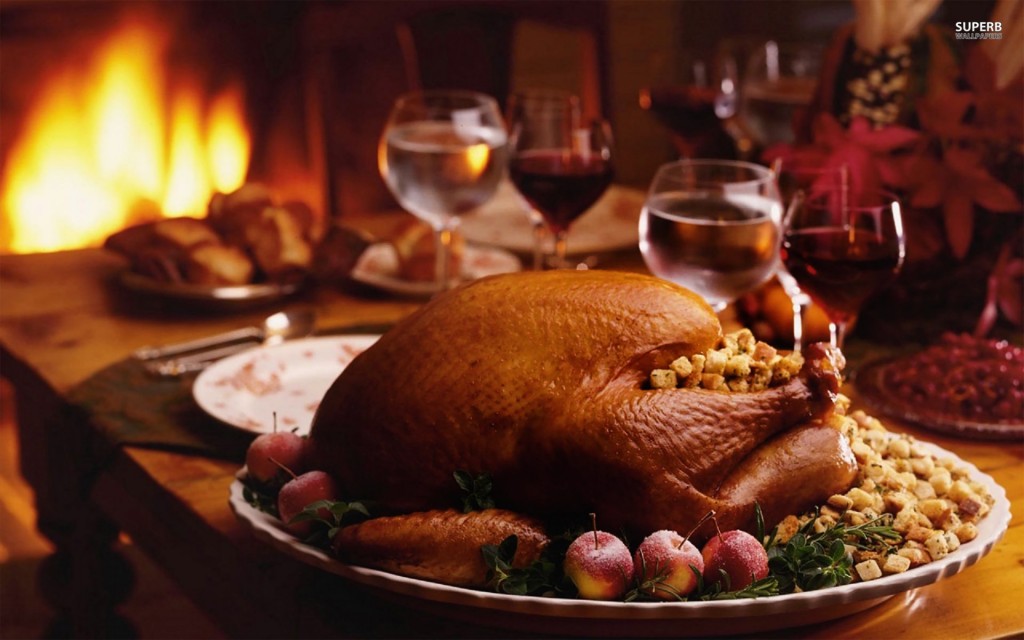 Many of us know nothing about the number of calories in our Thanksgiving turkey and although Thanksgiving is the best opportunity to share a meal with loved ones, most Americans eat too many calories on this occasion.

Granted, there is nothing wrong with a bit of overindulging here and there, however, nutrition experts warn that Americans consume over a day’s worth of calories during one delicious Thanksgiving meal. Overeating, experts say, is as important a part in Thanksgiving as is the turkey itself.

Only dieters think about Thanksgiving meal calories and for the most part, those deciding to continue their diet throughout the holiday season are most often frowned upon, Jamie Pope, registered dietitian explains. The number of calories in a typical thanksgiving meal ranges between 3000 and 4000 and although the holiday should represent only a fleeting moment of excess, Thanksgiving is only the kick off to a season of family parties. Cookies at every turn, sweets and candy make it virtually impossible to keep the calories in check.

Logically, weight gain during holiday season would be the natural consequence; however, experts say that with a bit of planning and discipline, your bathing suit body should still be there to greet you after the holidays are over.

The Calorie Control Council explains that, on average, Americans consume 3,000 calories during a Thanksgiving meal and an additional 1,500 on snacks and drinks. Alarmingly, 45 percent of those calories stem from fat, an amount that equals three sticks of butter.

So how can one not go paranoid over the loss of constraint during this season of temptation? While being a part of the festivities, experts say, the best option to avoid thanksgiving weight gain is to remain aware of how much you’re eating. Eight oz. of Turkey account for 430 calories while one cup of stuffing has 320 calories. As such, aim for other side-dishes such as green beans and skip the gravy or sweet potatoes with marshmallows.

The Calorie Control Council’s figures were questioned by New York Times reporters, who claimed that an average meal comes up to 2,500 calories. Similarly, Cedric Bryant, with the American Council of Exercise believes that liberal Thanksgiving eaters consume approximately 3,000 calories.

Until a consensus is reached, however, one thing is clear: the calories in a typical thanksgiving meal still significantly exceed the amount of calories you should be consuming.