You are here: Home / Tech & Science / Black Seadevil Captured on Video in Monterey(+Video) 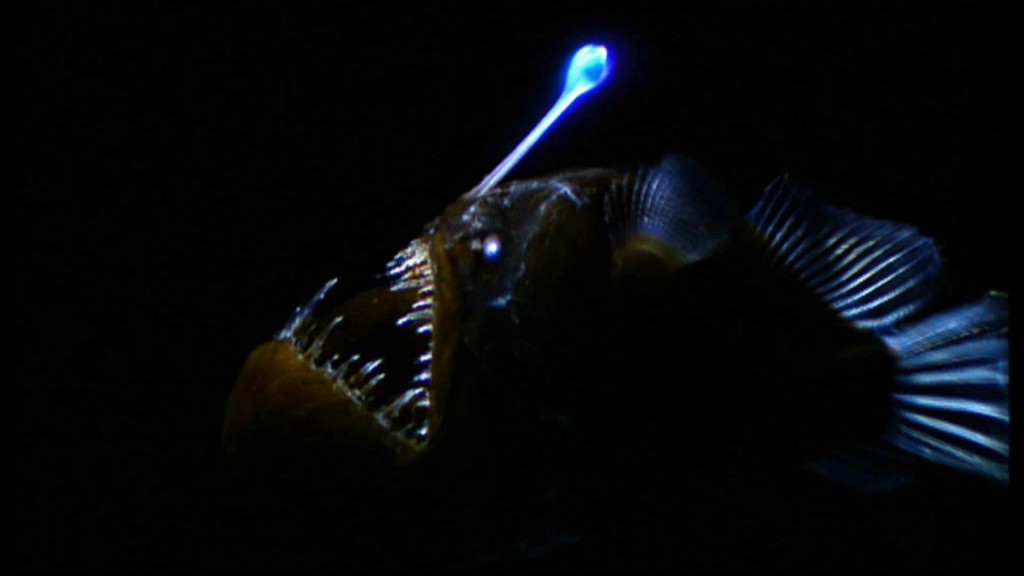 Marine biologists have been on the search for deep-sea Black Seadevils (also known as anglerfish) for quite some time and it seems that the unique species is as elusive as it is scary. The strange creatures have been rarely observed in their natural habitat. In fact, fewer than 6 specimens have been captured on film by deep-diving research vehicles.

However, researchers have reason to rejoice as the first footage of the elusive Black Seadevil alive and in the deep has finally been obtained.

A team of researchers spotted the unique, 9-cm long fish on their dive in Monterey Bay. While conducting research in deep waters, some 1,900 feet underneath the water’s surface, the scientists noted the presence of the remarkable specimen.

Bruce Robinson, senior scientist with the Monterey Bay Aquarium Research Institute told reporters that he and his team had been regularly driving out to the bay for the past 25 years. During this time, they only saw three anglerfish.

Apart from its out-of-the ordinary appearance, which may resemble something pulled out of someone’s worst nightmare, the Black Seadevil also has an extraordinary way of hunting. The complex apparatus on their heads acts as a fishing pole equipped with a luminous lure at its tip. By flashing the light while hiding in dark, deep waters, the angler fish attracts its prey which is quickly inhaled by its enormous mouth. They work as ambush predators.

As luck would have it, researchers found a female anglerfish, whose characteristics are much different than those of a male. Males lack both the fishing pole and the lure. They are also significantly smaller than females, because their sole purpose, it seems, is to track down a female and mate.

“Beauty is in the eye of the beholder. I think it’s beautiful. It’s perfectly adapted to the habitat that it lives in and the kind of life it leads.”

Robinson said when asked about the fish’s appearance.

Bioluminescence is something necessary for most creatures living at such depths. Jellyfish, for instance, blink blue and green lights, often resembling out-of-this-world creatures. Steve Haddock, marine biologist at the Monterey Bay Aquarium Research institute claims that such creatures are even stranger than sci-fi could create.

The anglerfish also has relatively small eyes, as at such depths, sense is much more important than vision. Numerous sense organs are scattered all across its body, working efficiently to sense any movement.

Remotely operated vehicles are what scientists use to conduct research at such depths.