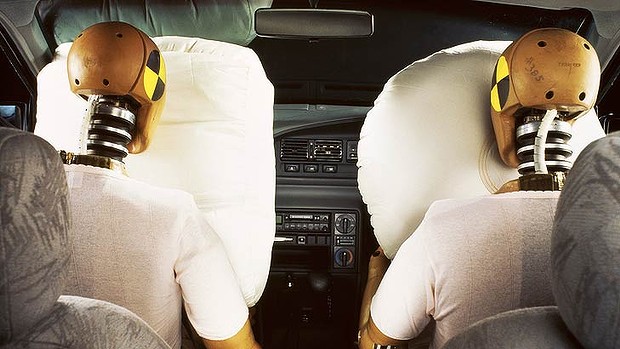 On Saturday, Nissan announced that it will be expanding its recall to another 52.000 vehicles that are equipped with faulty passenger air bags. This recall is supposedly linked to faulty Takata parts. According to the company’s official statement, these airbags may explode with too much force and produce shards of metal in the passenger’s compartment.

Similar to Toyota Motor Corp., Nissan Motor Co., started telling its dealers to put a sign warning clients not to sit in the passenger seat until new parts are available or to deactivate front passenger airbags. Nissan declared that it is planning on reclassifying 30.000 vehicles which were part of their customer service campaign as a ‘formal recall’. It is also planning on adding another 22.738 cars in areas of high humidity in the United States. As a matter of fact, reports say that most of the newly recalled cars were registered or sold in 12 high-humidity states like the Virgin Islands, Louisiana, Mississippi, Hawaii, Georgia, Alabama, Florida etc.

At the moment, Takata controls roughly 22% of the global air bag market. 7.8 million vehicles from 10 major automakers have been recalled in the last year. This has prompted the National Highway Traffic Safety administration to begin investigations. If the four deaths in Honda vehicles are linked to faulty airbags, the National Highway Traffic Safety Administration might expand the number of recalls by at least another 1.1 million. In addition to this, the NHTSA is also pushing automakers to make faster repairs. Honda and Takata have been questioned about the faulty airbags.

In other news, three U.S. senators are demanding criminal investigation into Takata. They also believe that air bag recalls should be expanded nationwide. The National Highway Traffic Safety Administration is more concerned with the connection between exposure to high humidity and air bag malfunctions. More than 16 million vehicles with Takata airbags have been recalled in the last 7 years.

Honda will be reclassifying its customer service campaign as it starts to recall approximately 1 million vehicles. The company told NHTSA that if they do not find any replacements, “dealers will work with owners to accommodate” their needs.