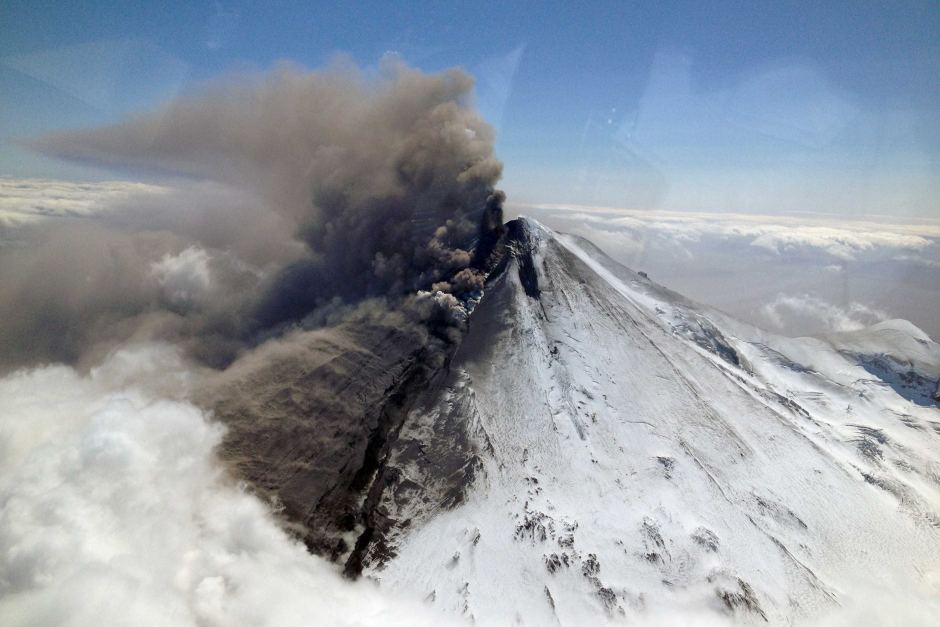 Experts at the Alaska Volcano Observatory just raised the alert level for Pavlof Volcano on Saturday to “warning” after monitoring its ash cloud. According to their calculations, the cloud was increasing and is expected to reach 35,000 feet by late Saturday afternoon.

The team of scientists from the Alaska Volcano Observatory uses the U.S. Geological Survey’s color coding system when issuing volcanic alerts. In this system, red indicates that an eruption of the volcano is imminent and that volcanic ash emissions are also expected or that eruption is underway and significant ash emissions are expected.

“Satellite, pilot reports, and wind data show the ash cloud moving towards the northwest over the Bering Sea. Ash cloud height and direction will vary significantly through an eruption.”

Until now, residents from nearby communities had not reported any ashfall, however, experts believe it is only a matter of time until the cloud reaches them. A special weather statement was also issued by the National Weather Service. Residents from Cold Bay and Sand Point were warned that dustings of ash fall may occur and noted that those with respiratory sensitivities should take the necessary additional precautions so that exposure is minimized.

“The majority of the ash will be blown off to the northwest over the Bering Sea. t is possible for locations in the immediate vicinity of the volcano to see a light dusting of ashfall, otherwise ash is expected to remain aloft.”

At the same time, aircrafts were also instructed to steer clear of the airspace surrounding the erupting Alaska volcano. Heavy winds are blowing the ash to the west and southwest, they said.

The volcano’s eruption began on Wednesday and ash clouds had reached 16,000 by Friday. On Saturday, however, the eruption intensified around 6 AM and sent the ash cloud even higher.

Dave Schneider, geophysicist at the Alaska Volcano Observatory explains that there is no way of predicting exactly how much longer the eruption will last and that varying on levels of intensity, it may span over weeks or even months.

Residents from nearby communities have not experienced any effects of the eruption thus far.