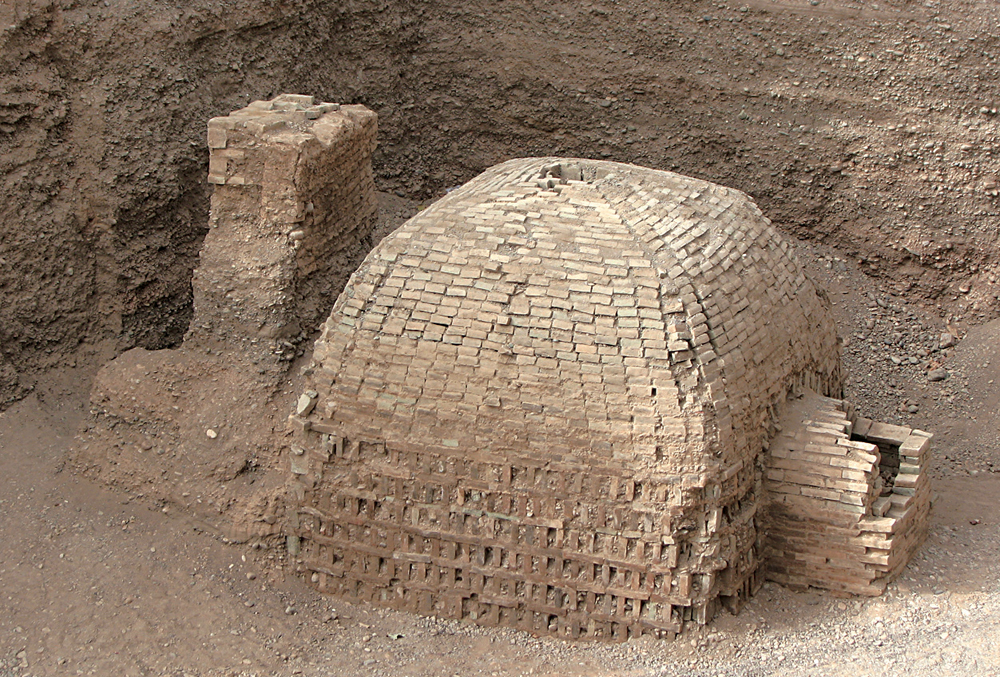 Chinese researchers discovered a series of tombs along Silk Road, the ancient commercial routes between China and the Roman Empire. The cemetery is located in Kucha a northeastern Chinese city. Ten tombs, out of which seven are larger brick structures, have been unearthed by archeologists in 2007, but the results have initially been published in a Chinese journal. The English translation was recently published in the newly established journal Chinese Cultural Relics. Zhiyong Yu, director of Xinjiang Institute of Cultural Relics and Archaeology, led the research in collaboration with local authorities.

Some of the 1,700 years old tombs display striking features, indicating that the human remains could belong to high status people. However, no names or other clues regarding the identity of the people buried there have been discovered. The tombs appear to have been raided, meaning that any potential clues had probably been separated from their previous owners. Moreover, researchers discovered multiple skeletal remains in each tomb. Analysis showed that people reused the tombs over time.

The most impressive tomb is M3, a highly complex structure which “consists of a burial mound, ramp, sealed gate, tomb entrance, screen walls, passage, burial chamber and side chamber,” according to Chinese archeologists, who first published their results in Chinese journal Wenwu.

M3 displays complex decorations. Various carvings on the bricks portray mythical creatures, such as the White Tiger of the West, the Vermilion Bird of the South, the Black Turtle of the North and the Azure Dragon of the East, LiveScience notes.

Although the name suggests a unique route, the Silk Road actually encompasses a series of routes between Europe and Eastern Asia. On land, it is roughly 4,000 miles long, but ships have connected China and Europe through Egypt as well during various periods in history.

Located on the northern part of the Taklamakan Desert in the Tarim Basin, Kucha was one of the northernmost key locations along the Silk Road. Its position rendered the city vital to the Chinese central administration, when the tombs have been constructed around 1,700 years ago. By controlling Kucha, Chinese governors managed to control the Western Borders, including other oasis cities, researchers explained.