You are here: Home / Technology / Acer Switch 12 Plans to Conquer with 5 Different Shapes 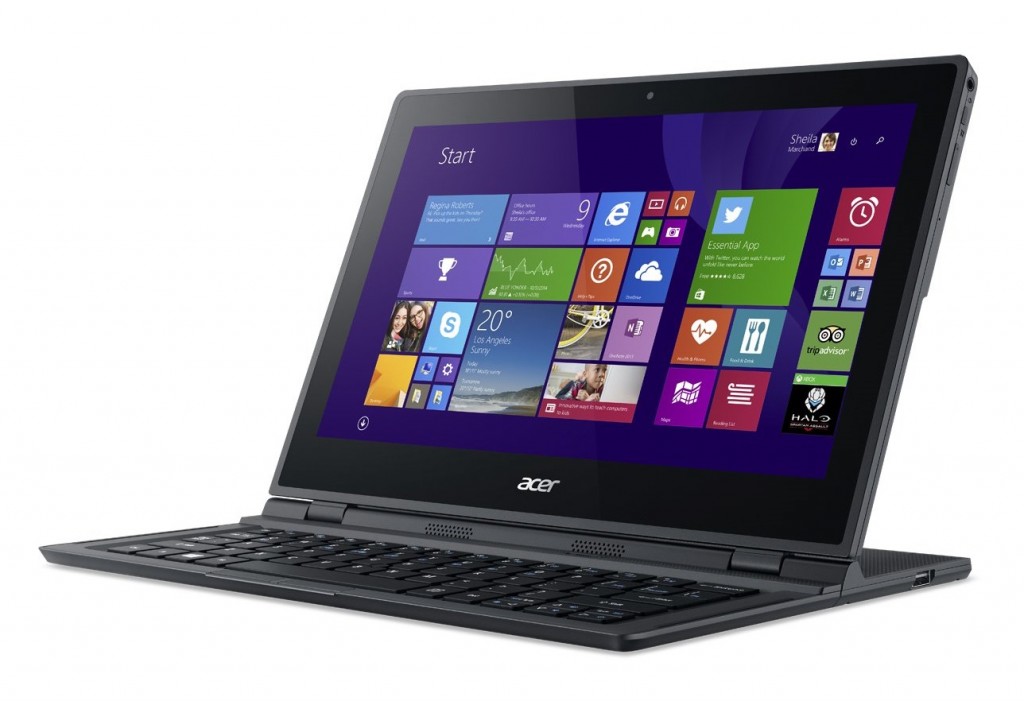 Is it a laptop? Is it a tablet? Is it the Nexus 12? No, it’s the new Acer Aspire Switch 12! Laptop makers have the technology to create truly mobile devices. Each generation of microprocessors brings higher levels of efficiency and lower temperatures. But there is one aspect the industry simply can’t move past, the physical keyboard and that’s why we have convertibles.

Input devices are often overlooked, yet they are crucial components. Touch-screens are the main alternative at the moment, although introducing alphanumerical data using a keyboard is much more comfortable. We are now caught in the middle of a paradigm shift. But until producers come up with better solutions, Acer Aspire Switch 12 seems to be one of the most inspired combination between the two, as the idea is obviously not new.

The latest Acer gadget can be used in five different positions, the laptop and tablet ones being the least surprising. But Switch 12 can be used in the tent, display and even desktop position. The last one is quite a new occurrence, although Toshiba released a similarly capable device a few months ago. The small screen may not favor the position, but having an extra option can’t hurt.

The screen comes with a FullHD 1920 X 1080 resolution which should be satisfactory for most users, considering the 12.5 inches diagonal. Touch-screen displays are prone to scratches, but Switch 12 sports a Gorilla Glass 3 that should confer decent protection.

Switch 12 is a nice and serious upgrade from the Switch 10 released earlier this year. With just a 10 inches display and weak processor, the previous Switch had less chances of providing a serious alternative to laptops.

Europe, the Middle East, Asia and Africa will have the Switch 12 available until the end of the year starting at $810. No word yet about a US release date.