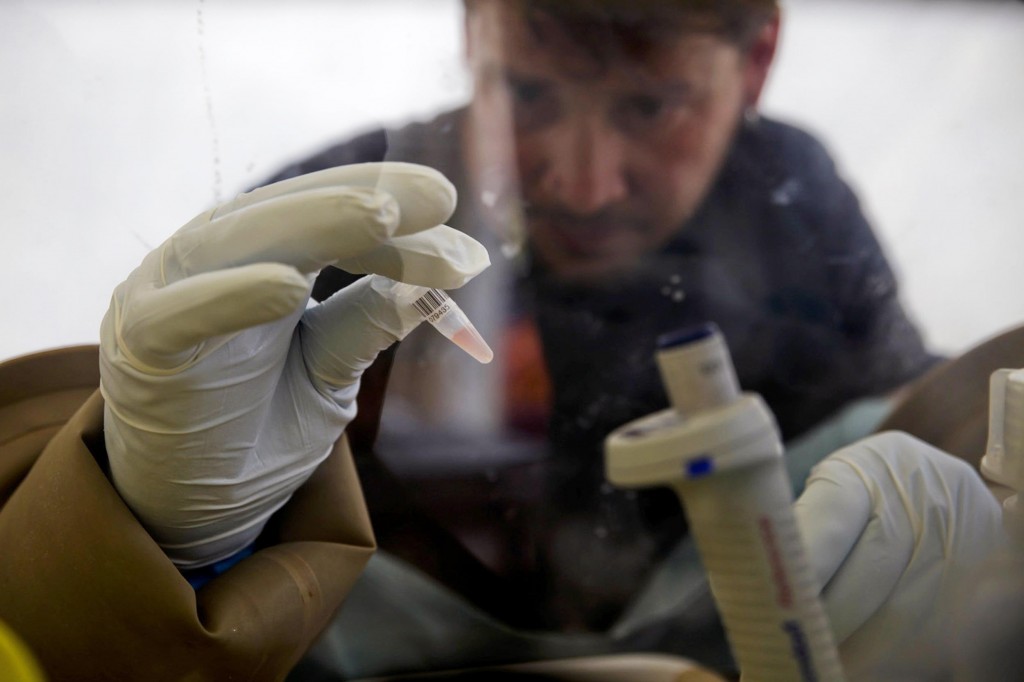 The World Health Organization speeds up the efforts to contain the Ebola outbreak in West Africa. During a press conference, Dr Marie Paule Kieny, a WHO assistant director-general, said they expect several hundred thousand vaccines to be ready by mid-2015.

Kieny said that “While we hope that the massive response, which has been put in place will have an impact on the epidemic, it is still prudent to prepare to have as much vaccine available as possible, if they are proven effective.

“And even if the epidemic would be already receding by the time we have vaccine available, the modelling seems to say vaccine may still have an impact on controlling the epidemic,” she added.

Two experimental vaccines are going through clinical trials. The Canadian National Microbiology Laboratory in Winnipeg developed rVSV. A batch of 800 vials has been sent for extended trials in Switzerland. GlaxoSmithKline developed ChAd3, a second promising candidate for ending the worst Ebola outbreak. GSK’s product now undergoes a trial phase in Mali, the US and the UK.

The first results of the trials that are going at unprecedented pace are expected in December.

Fortunately, other five vaccines are in the final pre-trial stage. One of them is produced by Johnson&Johnson and will enter the trial phase in January 2015.

Trials are highly important to establish the right dosage needed to fight the disease. During the extended trials, health care workers will be the first to receive the vaccine, once the initial stages demonstrate reliable results.

The fight against Ebola shed light on other important aspects regarding the health care infrastructure. Medical care is extremely expensive, but the WHO announced that the pharma companies will deliver an affordable Ebola vaccine. World Bank and Doctors Without Borders will financially back the efforts.

Craig Spencer, 33, a doctor who treated Ebola patients and returned from Guinea to New York has tested positive for the virus on Thursday. The doctor reported fever and now the authorities are trying to retrace every step he took in the city.