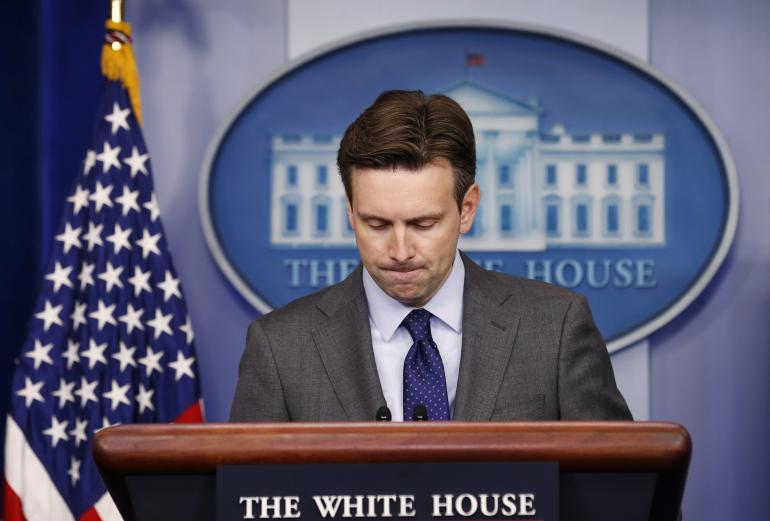 The White House stood by a 2012 investigation conducted by a former counsel, who found that there was no inappropriate conduct among the Secret Service’s staff during its Colombia trip, where agents were involved in a prostitution scandal.

“The review that was conducted several years ago…looked at these allegations and found that there was nothing to them,”

The allegations involve a Secret Service agent, member of President Obama’s advance team, who was accused of having invited a prostitute as an overnight guest at his hotel room in Cartagena, Colombia, in April 2012. According to White House spokesman, Eric Schultz, the matter had been investigated at the time and investigators had concluded that the allegations were untrue.

However, some criticize the White House’s fast dismissal of possible evidence, and question whether the administration could have employed a double standard in firing Secret Service agents for similar behavior.

The investigation was led by former White House Counsel, Kathryn Ruemmler, who is currently working in private practice. She is now being considered as a possible successor of former Attorney General Eric Holder. Although Mr. Schultz wouldn’t speculate on possible candidates for Mr. Holder’s former position, he did say that the President views filling the job as a priority. He also spoke about Ms. Ruemmler, describing her as a renowned attorney, former prosecutor who is respected by members on both sides of the aisle.

The prostitution scandal was re-opened after the Washington post published a story on the issue. In light of this story, the Obama administration found itself having to defend the internal review. However, other officials don’t seem so convinced.

Rep. Jason Chaffetz, Utah, revealed that he had asked White House officials to hand in any documents that could have related to Ms. Ruemmler’s review. Chaffetz added in a letter addressed to Denis McDonough, White House Chief of Staff, that he had:

“I have the sincerest of hopes that the White House would discipline their own staff in the same manner the Administration dealt with the [Secret Service] agents implicated in Cartagena,”

Mr. Chaffetz wrote in his letter.

The White House immediately denied that any of its members were involved in the scandal in Cartagena, where prostitution is legal. When asked about Mr. Chaffetz’s request, Mr. Schultz didn’t respond directly. Instead, he said:

“We do comply with all legitimate oversight requests.”

Questions remain, however, as to why the White House continues to cover up so many Secret Service misdoings.