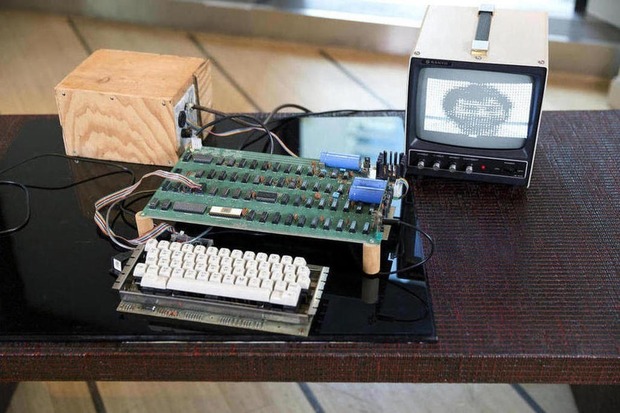 It’s not every day that we see museums fighting over a 38-year-old object. But this is exactly what happened when a rare functional Apple-1 computer was sold at a Bonhams History of Science auction in New York City. The Henry Ford bought the computer for $905,000, more than double of what the organizers were expecting. The second most expensive functional Apple-1 ever sold was bought in May 2013 for $671,000.

Henry Ford curator Kristen Gallerneaux was extremely excited about the acquisition. She told Cult of Mac that they bought the piece because Apple-1 changed home computing.

“But the Apple-1 isn’t just a technological interface – it reveals a complex network of interaction between science, technology, and economics. It can teach through the lens of social history and innovative engineering. It shows the increasing complexity of all of these things in our everyday lives. When Wozniak and Jobs started to assemble this first batch of Apple-1, they had no idea what the future would bring. And here we are today,” Gallerneaux added.

Steve Wozniak, or simply Woz, invented Apple-1 in the summer of 1976. Together with Steve Jobs, Woz assembled 50 computers that were bought by Paul Terrell for $666.66 each. Later on, the duo produced other 150 Apple-1 units that were sold to other vendors and acquaintances.

Apple-1, the computer that sparked the home-computing revolution, was sold without peripherals. The user had to buy a display, keyboard, power supply and case. Apple-1 was in fact just a motherboard.

If today we are not impressed when a new 2 Ghz processor is released, the first real personal computer used the affordable 1 MHz MOS Technology 6502 microprocessor, which transformed the mid-1970s industry dominated by expensive Motorola and Intel devices.

Of the initial 200 units, only 64 are estimated to exist today and just 15 of them are functional. The unit sold to The Henry Ford is probably one of the first 50 ever produced and it came with the peripherals needed to operate: a Sanyo monitor, Apple-1 cassette interface and owner’s manual. The buyer brought a pair of specialists to evaluate the unit, one of whom said that the piece is in a “superb overall condition … with no apparent modifications performed or removed.”

The computer was previously owned by John Anderson, who founded AppleSiders of Cincinnati computer group. Anderson bought the computer in 1980.